Home Assam Assam will bring law making it mandatory for bride & groom to... 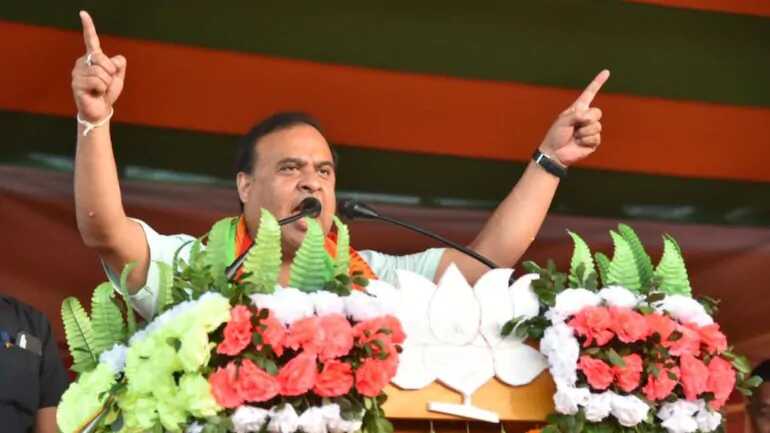 Assam, 30th November: Assam government is working on a new marriage law that will make mandatory to disclose religion and source of income among other things for both the bride and the groom This move has come to light as several BJP-ruled states announcing laws to tackle incidents of ‘Love Jihad‘.

Assam Finance minister Himanta Biswa Sarma on Monday said that the state government’s new marriage will not resemble the one being implemented in Uttar Pradesh or Madhya Pradesh. This law will basically empower women.

Minister went on to add, “Assam is up for elections in the next four months and so we should not bring a legislature at the fate of our term.”

“This is an issue I will not say Love Jihad. My whole submission is that you should not enter into a married life if there is no transparency between the couple. It is important to disclose – what is my religion, what I do, how much do I earn. I am not saying that you should only disclose your religion. I think you should also disclose your income, members of your family, what is your business. Because many times, the girl enters into marriage even if they are from the same religion and later on, the girl realizes that her husband is doing some wrong business,” Himanta Biswa Sarma added.

He also said, “Our idea is that, not Love Jihad, you should not hide your identity, including religion, business or income. It is a question of bringing transparency in marriage.”

Assam is going to do something which will not be against any religion but aims to bring inclusive transparency in the institution of marriage, Himanta Biswa Sarma said.

“We have already started drafting legislation which will bring transparency in the institution of marriage. We do not want to use the word Love Jihad. Not only for love affairs, it will be mandatory for even normal marriage also and both husband and wife will have to disclose it. There will be a disclosure pro forma which will be given to the wife by the husband and the wife will give it to the husband. It will not talk about religion, it will talk about everything which a wife needs to know,” he added.

Assam minister Himanta Biswa Sarma also revealed that these details regarding this law will have to be disclosed one month before the wedding.