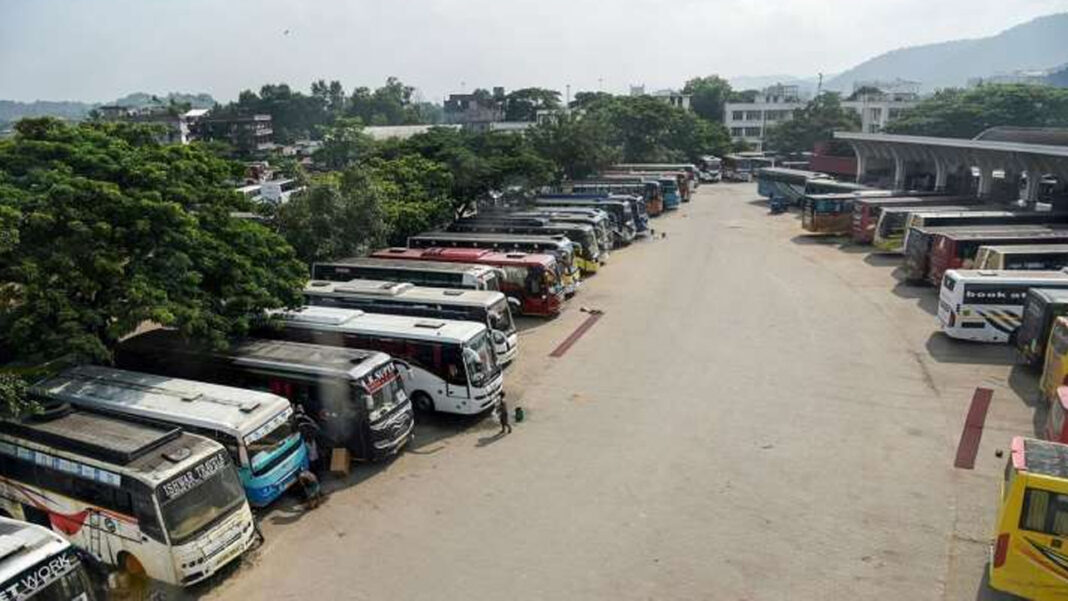 Assam, Jan 25: A total of 11 private transport workers’ associations of Assam have called for a series of Chakka Bandh in the state which will start from 27th January.

The Chakka Bandh is a part of the agitation program taken up by the various transport workers’ associations demanding implementation of the welfare scheme proposed by the Assam government for the private transport workers.

In a statement issued jointly by all the private transport associations it has been mentioned, “The government has not yet implemented any welfare scheme for the benefit of the transport workers who have been working relentlessly for the smooth running of the state. Rather new rules like Speed Governor, Air Bag, etc are initiated regularly that is adding to our harassment.”

“Despite a seven-month complete lockdown, no aid has been provided to the drivers and other workers of motor transport. Neither has the government waived off the tax on vehicles for the lockdown period,” it added.

Dijen Sharma, state secretary of All India Road Transport Workers’ Association, speaking to G Plus said, “We have been repeatedly appealing to the district administration and the government to help the workers but the administration, as well as the labour department, have failed to provide any respite. Even our memorandum to the transport ministry went unheard.”

“A welfare scheme was announced earlier but no step has been taken for its implementation. As such, we are compelled to take stern steps demanding relief within a month or two,” he added.

However, the statement has said that emergency services will be exempted from the Bandh.