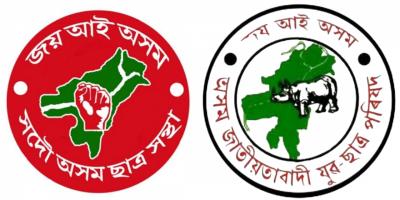 AASU – one of the most influencing students’ organization of Assam and AJYCP are ready to jointly form a new regional political force ahead of 2021 Assam assembly polls.

The new political force will be formally launched by the third week of this month.

Both organizations had played a crucial role in the six-year Assam Movement against illegal foreigners and AASU had signed Assam Accord in 1985 with the both centre and state governments.

AASU and AJYCP have also actively played a vital role in the anti-CAA protests in the state.

All Assam Students’ Union General Secretary Lurinjyoti Gogoi said that, the people of Assam want that, a new non-compromising regional political force should be emerged to protect the indigenous people of the state and fight against aggressive communal politics created by mainly BJP and Congress.

“Both BJP and Congress are playing vote bank politics in Assam and North Eastern region. It is urged of the time that, a new non-compromising regional political party should be emerged in Assam,” Lurinjyoti Gogoi said.

He further said that, All Assam Students’ Union (AASU) and Assam Jatiyatabadi Yuba Chatra Parishad (AJYCP) have jointly formed the Assam Advisory Committee and the committee has already submitted its report and suggested to form a new regional political force.

On the other hand, Asom Jatiyatabadi Yuba Chatra Parishad (AJYCP) General Secretary Palash Changmai said that, during the anti-CAA protests the people of Assam and various civil society groups said that, a third front will be needed to fight against BJP and other communal forces.

“To fulfil the people’s expectations and taking their suggestions, we have formed the Assam Advisory Committee and the committee has also recommended to form a new political force. Dr Krishna Gopal Bhattacharjya and Basanta Deka have been appointed as the chief convenors to form the third front. We want to form the third front unitedly with all political and non-political parties who have regionalism ideology,” Palash Changmai said.