Home Assam Assam: Three people of a family killed after train mows down their... 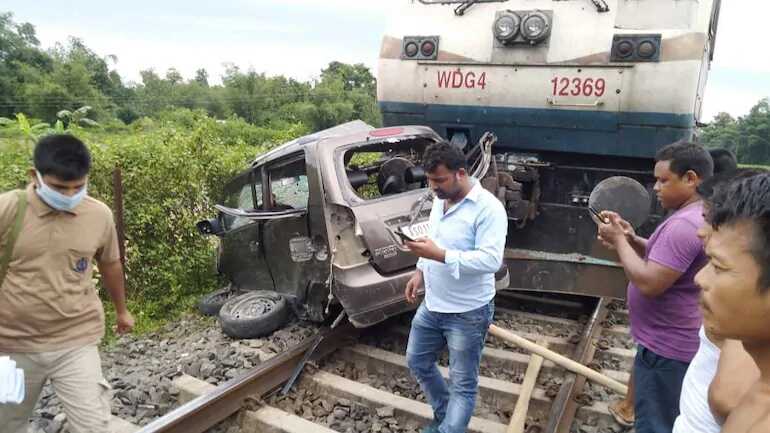 Guwahati, September 21: Three people of a family including a child were killed and one child injured when a speeding train rammed into their vehicle at a railway crossing in Assam, Kamrup district on Sunday.

The deceased persons were identified as Abdul Jalil, his wife Saniya Begum and their daughter Afreen Akhtar.

Their 4-year-old daughter was severely injured in the accident and she was rushed to nearby hospital.

According to the reports, Abdul Jalil hailing from Chhaygaon area in Kamrup district Assam, and his family members were headed towards home.

The train en-route to Bongaigaon mowed down the vehicle carrying the family members of Abdul Jalil as it tried to cross the railway line.

Three people of the family died on spot.