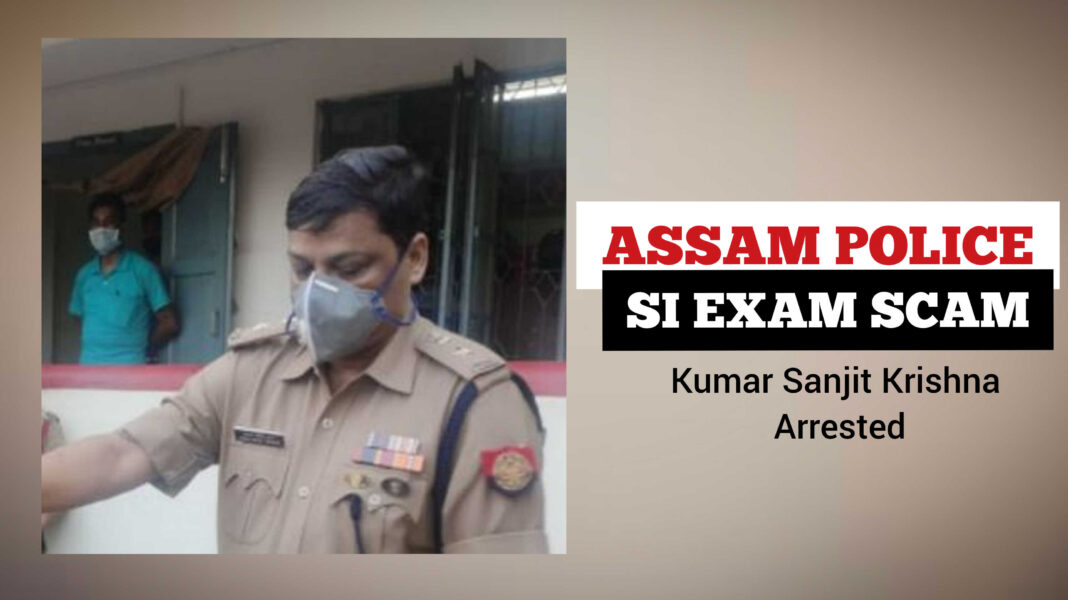 Brother of Assam Chief Secretary and SP Kumar Sanjit Krishna has been arrested by CID on Thursday evening in connection with CID police station case no 21/ 2020.

Earlier he was the SP of Karimganj district.

The written exam of SI (UB) of Assam police for 597 posts was scheduled on September 20 and the examination was cancelled after its question paper was leaked through WhatsApp.

Following that, Assam Chief Minister Sarbananda Sonowal had directed Assam police to conduct a thorough probe into the scam and not to spare anyone who is involved in the scam.

Police have also recovered cash worth more than Rs 6 crore and gold ornaments from the houses of few arrested persons.