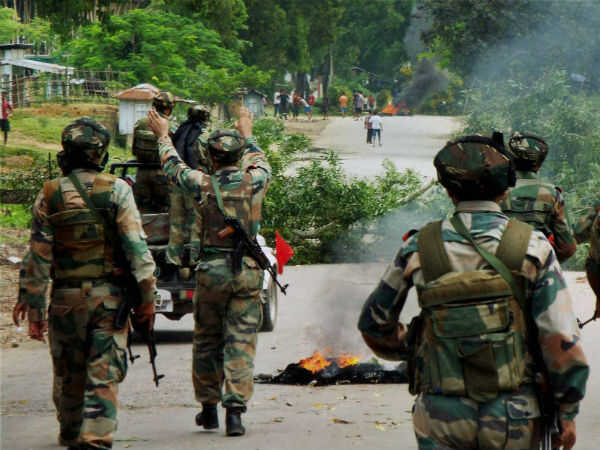 Northeast, 12th November: The halt along the Assam-Nagaland border at Dissoi Valley Reserve Forest under Mariani Range of Jorhat Forest Division continued for the third day on Thursday.

The Nagaland police personnel remained firmly ensconced in a hut erected reportedly on Monday by Nagaland administration within the said Reserve Forest area.

Assam Police also set up a camp on Assam-Nagaland border, to counter any further encroachment of land inside the Assam side of the inter-state border which falls under the Mariani Forest Range of Jorhat district in Assam on Wednesday.

It is reported that the efforts to pursue the Nagaland administration to vacate the area by Nagaland armed policemen and dismantle the structure put up by them continued on Thursday with officials of Jorhat and Mokokchung, Nagaland holding talks at the site over the impasse.

A police force has been deployed by the Jorhat district administration to deal with any kind of situation that may arise due to the ongoing row.

A close watch was kept by the administration with senior district and police officials camping at the area and higher authorities of the State Government being briefed on the situation.

A source said that the structure had been erected on a disputed border area and was in violation of the Supreme Court directive to both sides to maintain the status quo.

As per the information, Assam police personnel had blocked the main entry and exit point to the hillock, where the Nagaland policemen were camping, in order to prevent any possible bid to encroach further.