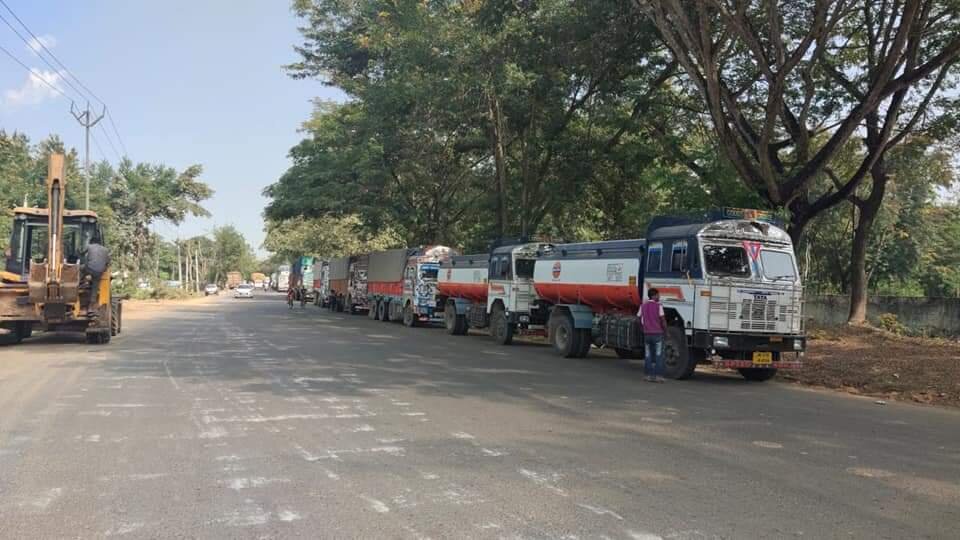 Assam, 22nd November: Tension is running high along the Assam-Nagaland border as several Assam organizations continued to stage a road blockade on the Mariani (Assam)-Mokokchung (Nagaland) road in Jorhat district since November 15.

Nagaland MLA and advisor Border Affairs, Mhathung Yanthan said that it was a law and order issue, and the deputy commissioners (DCs) of Mokokchung and Jorhat were in contact, trying to manage the situation.

“As of now, the situation is under control,” he said. The legislator added that there was not much the state governments could do as the border issue between the two states was pending in the Supreme Court.

Yanthan also reiterated what Assam minister Himanta Biswa Sarma recently reported having said, that once a settlement comes vis-à-vis the Naga political issue, the border matter would also be resolved.

Meanwhile, when contacted, the deputy commissioner (DC) Mokokchung Limawabang Jamir said although no untoward incidents were reported, the public was getting restive due to the economic blockade, and authorities were apprehensive that the situation may flare up if the indefinite blockade continued.

The official informed that he was in touch with his Jorhat counterpart and there will be a DC/SP level meeting on November 25 in Jorhat to discuss the issue and de-escalate the tension.

“I have spoken to DC Jorhat this morning telephonically, requesting her to intervene and convince the blockade enforcers to call off the indefinite blockade. She (DC Jorhat) assured that she will discuss with the organizations,” Jamir said.

The current issue is stated to have escalated after Assam organizations accused Nagaland of setting up a police camp inside Dissoi Valley Reserved Forest and deployed armed Assam police to the area and also erected a temporary camp near the disputed area.

Assam-Nagaland shares a 512-kilometer boundary and a dispute that has been going on for over five decades. Both states have refused to accept recommendations of two commissions set up by the Centre to solve the issue and a suit is pending in Supreme Court on the issue since 1988.