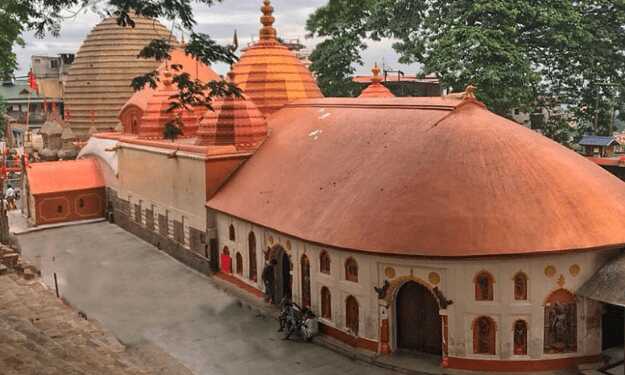 Assam, September 21: Assam’s Kamakhya Temple To Open From September 28 but With restrictions.

Only 500 devotees will be allowed to enter the temple per day for which passes have to be bought online, while only 100 people will be allowed at a particular time in the day.

Assam’s Kamakhya Temple has been shut for over six months due to the coronavirus pandemic.

After being shut for more than six months due to the coronavirus pandemic, Assam famous Kamakhya Temple is set to open its gates to devotees from September 28, the state government has said.

Only 500 devotees will be allowed to enter the temple per day for which passes have to be bought online.

The temple atop Nilachal Hills, one of the four Maha-Shaktipeethas, was for the first time since 16th century, when it was renovated by Koch Dynasty, shut down amid the four-day Ambubachi Mela — the biggest religious congregation in the Northeast to celebrate Shakti Goddess Maa Kamakhya. The Ambubachi Mela was also cancelled due to the pandemic.

According to the Kamakhya Devaloy Bor Doloi (head priest) Mohit Sarma, the temple had a footfall of over 15002000 devotees per day earlier. The festival, meanwhile, drew over 20-25 lakh devotees from all over the world. “However, we will adhere to the guidelines of the government to ensure people’s safety. These are testing times,” Mr Sarma said.

The Assam government has released a standard operating procedure (SOP) for running the temple amid the pandemic.

According to the SOP, the temple authorities have to issue online passes to the devotees with timestamps so that there is no mo than 100 people inside the premises at a single time. The devotees will be allowed to stay inside only for 15 minutes.

A medical team will be stationed at the temple’s office that will test the devotees for coronavirus, and only those who test negative in the in Rapid Antigen Tests will be allowed to enter.