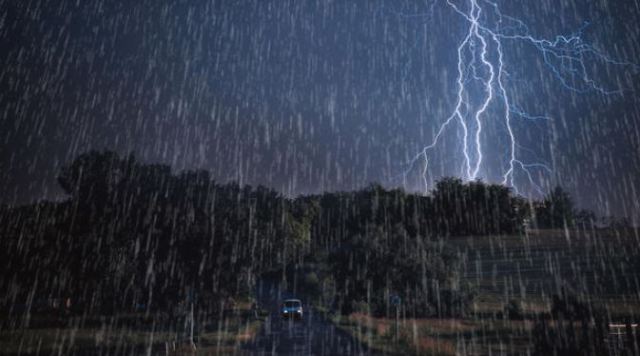 Scattered to fairly widespread snow or rain with lightning is likely over Assam and Arunachal Pradesh from Tuesday to Thursday.

A western disturbance (WD) is situated around North Pakistan and its adjoining area on Tuesday morning. The WD is likely to affect the Western Himalayan Region (WHR).

It is expected to bring scattered to fairly widespread snow or rain with lightning over Jammu & Kashmir and Ladakh on Tuesday and Wednesday and isolated snow/rain over the WHR from Tuesday to Thursday.

Moreover, a fresh WD is expected to affect the WHR from Friday.

In the southern peninsula, a trough is likely to persist and produce isolated rain with lightning over Kerala in this period.

Meanwhile, the India Meteorological Department (IMD) has predicted that due to the influence of interaction between mid-level westerlies and lower-level easterlies, thunderstorm or hailstorm activity is likely over Madhya Pradesh and Maharashtra.

As for mercury levels, maximum temperatures are expected to be 40°C or more over the isolated region of coastal Western India in this period.

Maximum temperatures will also be slightly lower than average over Central, Eastern, and Southern India, while other areas are likely to witness near normal or slightly warmer mercury levels during this period.

Minimum temperatures are warmer or slightly warmer than average across India in this period.

Dry weather is likely over other areas in this forecast period. Heatwave conditions are expected to occur in isolated areas of Saurashtra & Kutch on Tuesday.