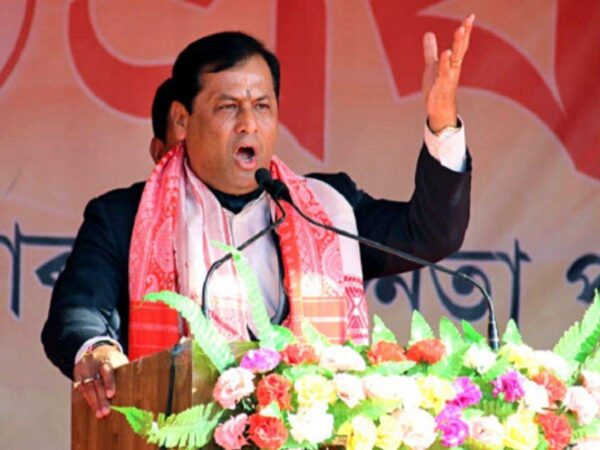 Assam, Feb 6: Union Finance Minister Nirmala Sitharaman will attend the third phase of Chah Bagicha Dhan Puraskar Mela in Guwahati today. Ms Sitharaman will take part in the event as the chief guest. At the event, the Assam government will distribute financial assistance of 3 thousand rupees each to nearly 7.5 lakh people belonging to tea garden areas under the Chah Bagicha Dhan Puraskar scheme.

The glimpse of the stage has been shared on social media.

The BJP-led state government campaign line-up for the week started with a mega function organized by the state education department where nearly 30,000 teaching and non-teaching staff for schools and junior colleges will be given appointment letters.

Prime Minister Narendra Modi will arrive on February 7, his second visit in a fortnight, this time at Dhekiajuli in the north bank of the Brahmaputra, to attend another government function, where he will virtually inaugurate the construction works of two medical colleges at Biswanath Chariali and Chairaideo and launch the state government’s ambitious road network project that seeks to transform 57,617 km of state highways and major district and other roads.

On January 23, Modi was in Sivasagar where he distributed land pattas to more than one lakh landless indigenous people before he kicked off the campaign rally where he projected BJP as the sole protector of the ‘mul niwasi’ (indigenous inhabitants) of the poll-bound state.

The next day, it was Union home minister Amit Shah when he came to Nalbari and Kokrajhar in his first campaign rally for the Assam election. But Modi and Shah in their last visits remained silent on a key issue of the state — the implementation of Clause 6 of the Assam Accord of 1985.