Home India Assam government submits its recommendations to center about framing of rules for... 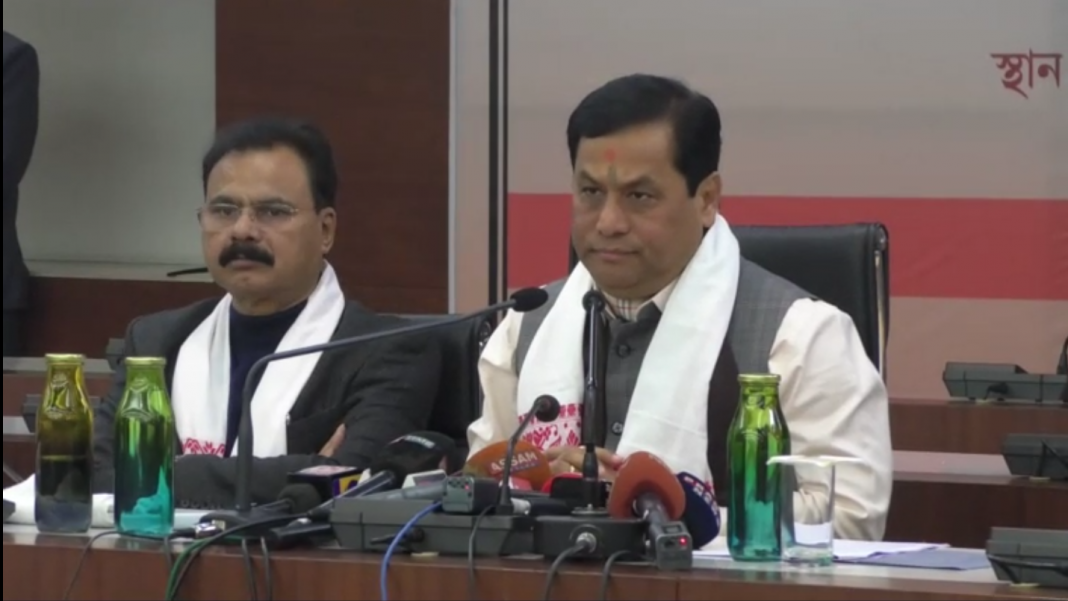 Assam Chief Minister Sarbananda Sonowal on Wednesday said that, the state government has already submitted its recommendations to the centre regarding the framing of rules for implementing the new citizenship act in the state.

Interacting with the media persons in Guwahati on the first day of the New Year, the Assam Chief Minister assured the indigenous people of Assam that, he will not do anything which can harm them, the state.

“The people have not needed to worry about the CAA. The Citizenship (Amendment) Act is a law for the entire country. For the greater interest of Assam and how this law will implement in the state, the state government has already submitted its recommendations to the center regarding framing the rules for implementing it,” Sonowal said.

Sonowal said that – “No one force can threaten the existence of Assamese until I am the Chief Minister of Assam.”

“Some people have spread out some misinformation about the CAA and they have given numbers that 1 crore, 2 crore people will come to Assam. It is not true and as the Chief Minister of the state, I am also monitored it. I will not do anything which is against the indigenous people of Assam and it is not possible for me,” Sonowal said.

“Today, some people designed us such as we are criminal and we sold our community. We have all types of plan that how to protect the Assamese people, indigenous people of Assam. Today, January 1, 2020, I want to say that, the indigenous people of the state will be safe forever. No one force of the world can threaten the existence of Assamese. For this, our government is going to implement the clause 6 of the Assam Accord,” Sonowal said.

“Motera not only the largest, but one of the best stadium in the world”: Kiren Rijiju