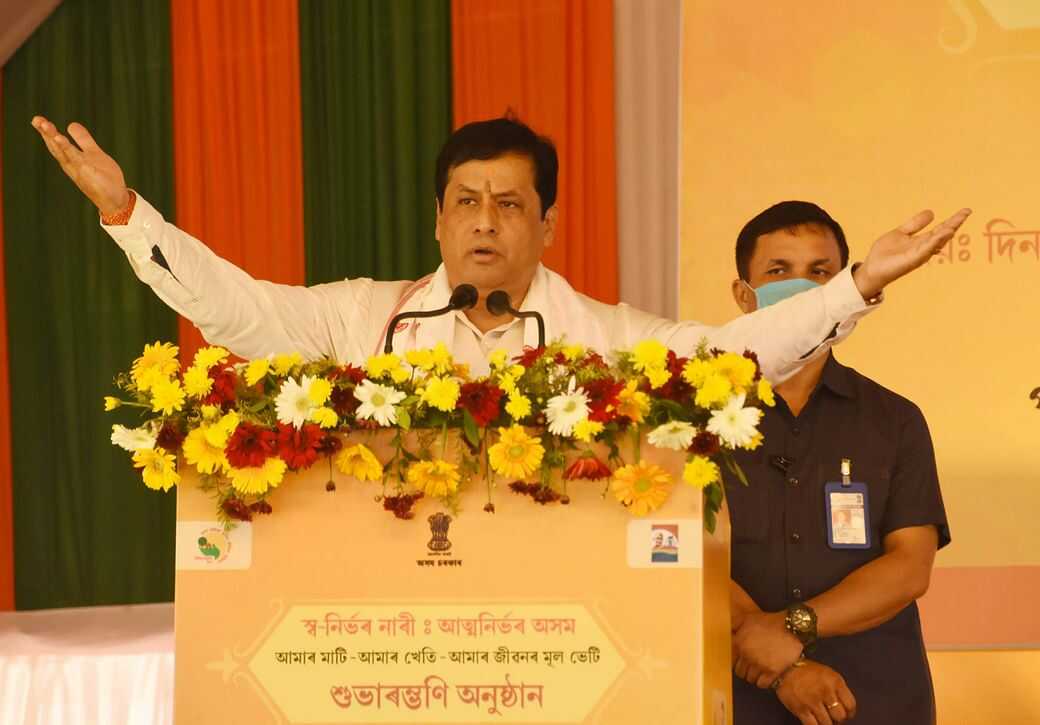 Guwahati, 9th October: Ahead of the assembly polls in Assam, the state government has announced various scheme by aiming to attract the voters.

Assam Chief Minister Sarbananda Sonowal on Thursday had launched ‘Swa-nirbhar Naari: Atmanirbhar Asom’ scheme in a bid to empower the economically disadvantaged women of the state.

Launching the scheme in a programme organized by the state Panchayat & Rural Development department at Chandrapur in Kamrup (Metro) district, Sonowal said that, many women personalities like Sati Joymati, Sati Sadhani, Kanaklata Baruah, Mangri Orang, Indira Miri etc. exemplified women power in the state and women of the state are very hardworking and urged them to show utmost commitment in implementing the scheme.

In case of individual asset creation, five identified activities would be implemented across all Development Blocks. For community asset creation, 20 activities would be implemented in selected Development Blocks. Moreover, monitoring committees from panchayats upto state level would be constituted for effective implantation of the scheme.

Underlining the role of PRI representatives in ensuring effective implementation of the scheme, the Assam Chief Minister called upon them to extend full cooperation to the women SHG beneficiaries and perform their duties with honesty, sincerity and dedication.

Sonowal also warned strict action against panchayats found to be involved in corrupt practices, anomalies or negligence while implementing the scheme.

Stating the scheme as a big initiative for women empowerment, the Assam Chief Minister urged all line departments to act responsibly in full cooperation with the P&RD department.

Sonowal also expressed confidence in the capabilities of the PRI representatives and called for their committed service in making the scheme a success.

Further saying that the present state government since coming to power had unleashed efforts to ensure equal development across the state, Sonowal said that exemplary steps were taken to safeguard rights of the indigenous people over land through distribution of land pattas to over one lakh local landless families.

He also informed that efforts were on to provide land pattas to small tea growers in the State.

“The eviction drives carried out against encroachers for preservation of sattras, namghars and other religious institutions, besides Assam government’s efforts for making the State free from corruption, illegal migration, insurgency and pollution,” Sonowal said.

The Assam Chief Minister also released booklets containing Standard Operation Procedures of the scheme in English and Assamese in the programme.