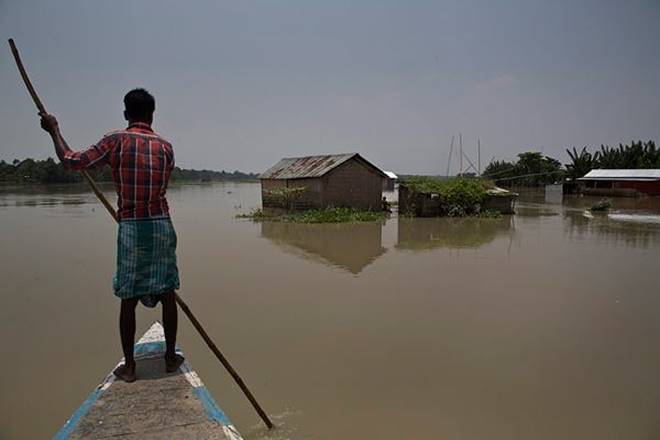 Guwahati, June 28: The flood situation in Assam turned worse on Sunday as the death toll rises to 20 and over 9.26 lakh people of 23 districts have been affected in the current flood.

On Sunday, two people drowned in floodwaters at Jonai area in Dhemaji and Udalguri districts taking the death toll to 20 this year so far.

The current wave of flood badly hit Barpeta district as more than 1.35 lakh people of the lower Assam district are affected.

The floodwaters have submerged 68,806 hectares of croplands and affected nearly 9 lakh domestic animals in the flood-hit districts.

On the other hand, 27,308 flood-affected people have taken shelter at 193 relief camps set up by the administration in flood-hit districts.

The NDRF, SDRF, civil defence teams and administration on Sunday had rescued 9303 people from flood-affected areas.

According to the ASDMA, the floodwaters have submerged 90 camps out of 183 camps in Kaziranga National Park and a large portion of Pobitora Wildlife Sanctuary, Orang National Park.