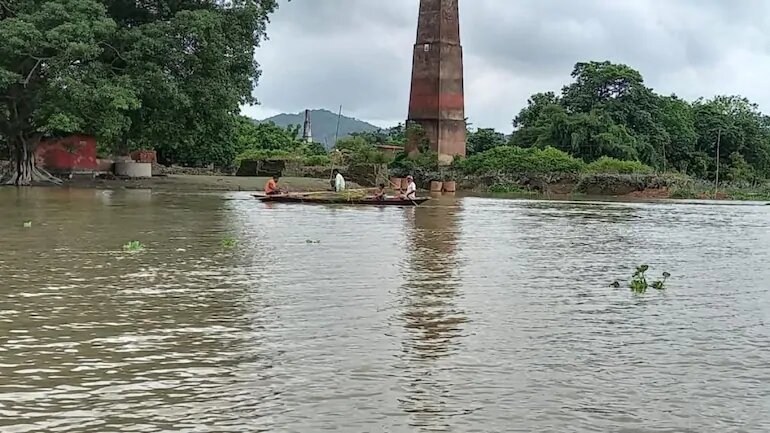 Guwahati, July 21: Assam floods situation is grim as over 24 lakh people of 24 districts are still affected and the death toll rising to 86.

The current spate of flood has claimed one more life on Tuesday taking the state death toll to 86.

According to the Assam State Disaster Management (ASDMA) authority, nearly 24.50 lakh people of 24 districts are still affected in the current wave of floods.

The flood reports of ASDMA stated that, 1.09 lakh hectares of agricultural lands of 2325 villages under 73 revenue circles are still underwater.

On the other hand, following incessant rains in Assam and other neighbouring states in the last two days, the water levels of the Brahmaputra river and its tributaries are again rising.

The water level of Brahmaputra river is flowing above the danger level at Dibrugarh, Neamatighat in Jorhat district, Tezpur in Sonitpur district, Goalpara and Dhubri district.

202 embankments, 167 bridges, culverts, 1621 roads across the state have been damaged by the floodwaters in 30 districts of the state.

80 anti-poaching camps out of 223 camps in Kaziranga National Park are still underwater and the park authority had shifted six camps due to flood and 90 wild animals including nine one-horned rhinos died in the deluge.