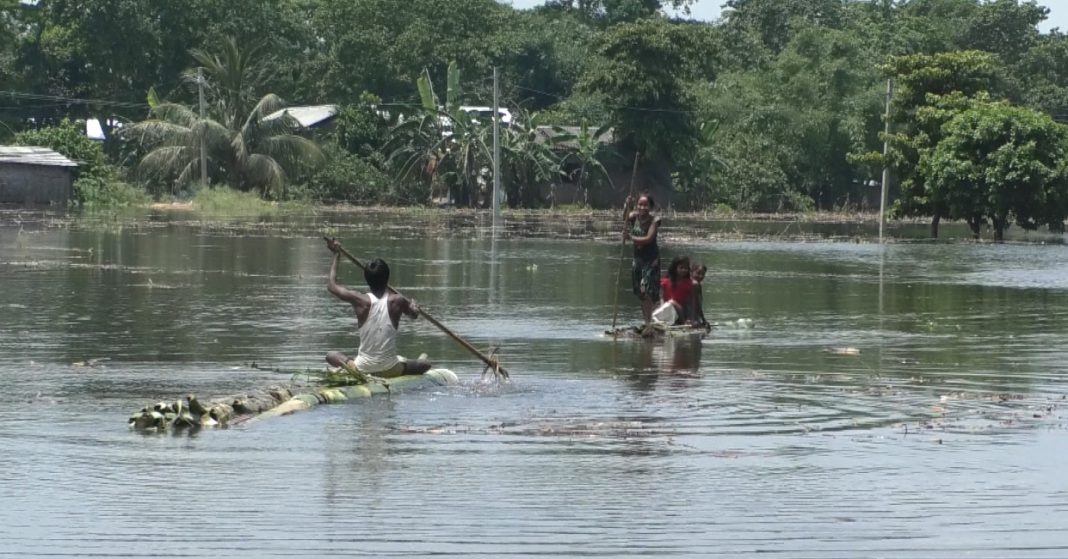 56-year-old Idris Ali, a farmer, with his family is now being forced to live on roads after the floodwaters entered their home.

Idris Ali – a farmer of Kuchiani village under Mayong revenue circle area in Assam’s Morigaon district and his family have already spent six nights on road under a makeshift tent. 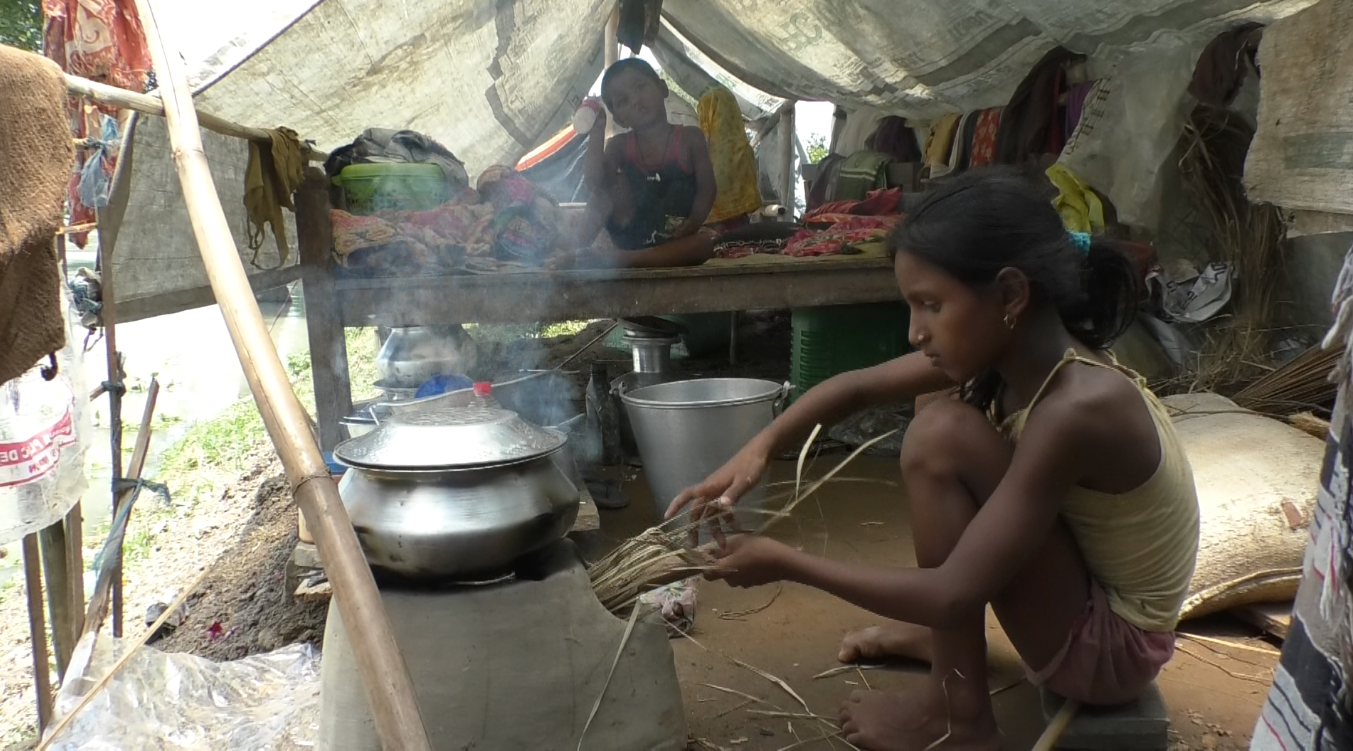 Idris’s family was forced to move to Guwahati-Morigaon connecting road with some food and household goods after the second wave of floodwaters entered their home.

His family hit by flood second time within a month.

The first flood came in May last had completely submerged their paddy fields.

Idris Ali said that his family is now facing a food crisis. 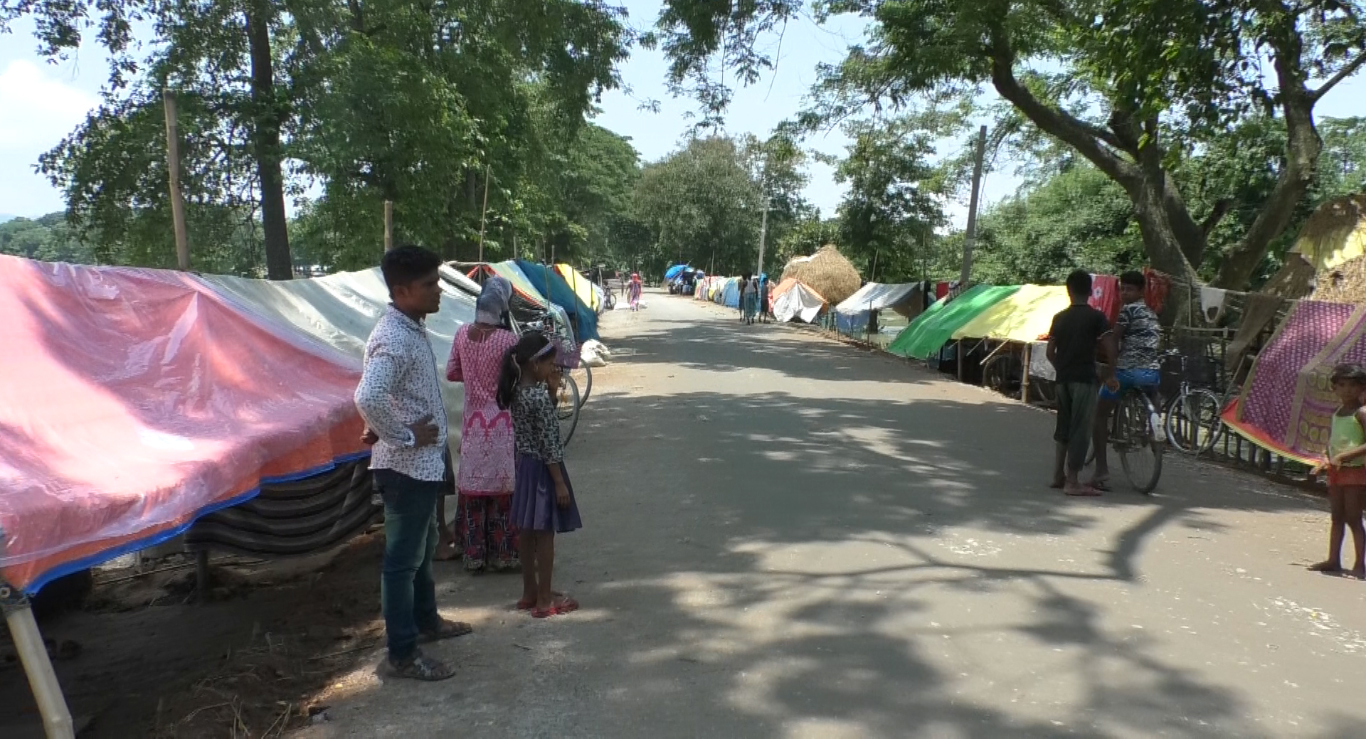 “We are facing lot of problems due to flood. We had lost something in an earlier flood, but this flood hit us more. The people are now facing a food crisis. Many people are now become homeless after floodwaters washed away their homes. We are now living on the roads. Where we will go? We have no option,” Idris Ali said.

He further said that he had faced a loss of around Rs 80,000 during COVID-19 lockdown period after not able to find a market to sale his produces agricultural products.

“After lockdown, now flood hit us severely. Who will realize our present conditions? What we will do? We will die,” Idris Ali said.

The current wave of flood has affected nearly 99,000 people in Morigaon district.

A total of 209 villages in Maorigaon district including 119 villages under Mayong revenue circle area are affected in the flood and the floodwaters submerged 10,771 hectares in the central Assam district.

Md Anarul Hussain – a farmer of West Mayong area said that the floodwaters washed away his hard work after his 5-acre paddy field was completely submerged by floodwaters. 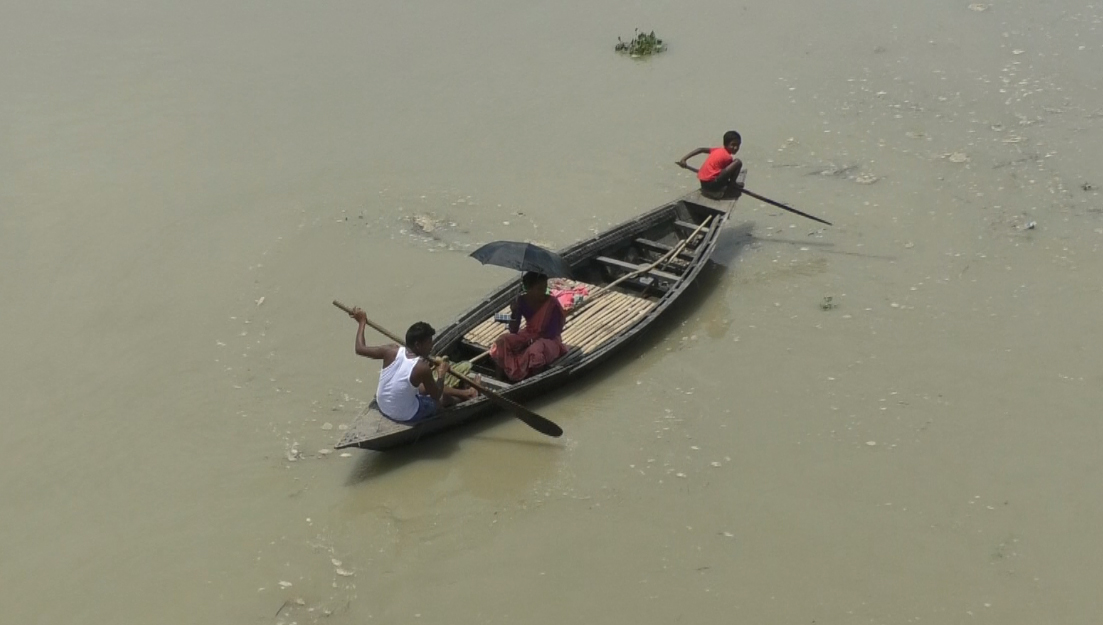 “We have now no other option. We have no food, entire paddy crops are now underwater,” Md Anarul Islam said.

According to the Assam State Disaster Management Authority (ASDMA), more than 85,000 people have been affected in the areas under Mayong revenue circle and most of the people are farmers and living Below Poverty Line (BPL)

Many flood-affected people in the district are now living on roads without a future.

A resident of Mayong area Sibananda Nath said that more than 100 villages in Mayong area are badly affected in the flood.

“The people have been affected the second time by flood with a month. Thousands acre agricultural lands, paddy field are now underwater. People are facing many problems,” Sivananda Nath said.

According to the ASDMA reports, over 75,700 hectares of croplands have been affected by the second wave of flood across the state.

On the other hand, one person on Wednesday drowned in floodwaters in Dhubri district.

28 people died due to flood in the state this year so far.