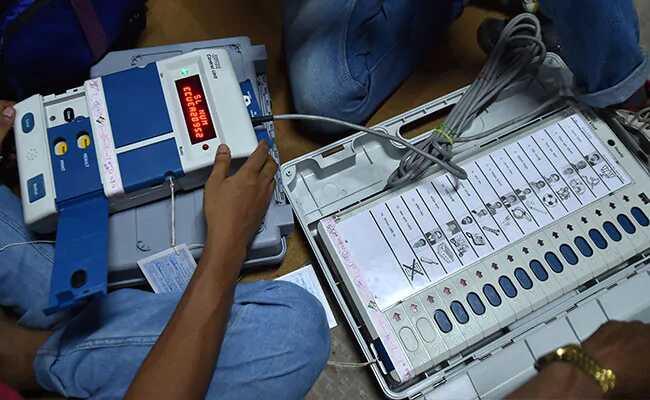 Assam Elections, April 6: At least 6 polling officials were suspended in Assam’s Dima Hasao district after it was found that 181 votes were cast in a booth though only 90 people were eligible to exercise their franchise, said CEO Assam Nitin Khade said in a statement.

The auxiliary polling in the Haflong constituency, which went to the polls in the second phase on April 1 witnessed 74% polling.

The District Election Officer has suspended the Sector Officer, the Presiding Officer, and three other polling officers, booth level officers of 107-A Khothlir LP School, for dereliction of duty.

However, the official order for re-election at the booth is yet to be issued. The suspension order by the Election Officer of Dima Hasao was issued on April 2, the next day of polling, but it came to light on Monday.

“The head of that interior village refused to accept the voters’ list and brought a list of his own. Then, the people of the village voted according to that list,” an official said.

It was unclear why the polling officials accepted the village head’s demand and whether there was any security personnel present at the polling station or the role they played.

Touted as a close battle between the incumbent BJP-led alliance and the ‘Mahajot‘, the last phase of the Assam Assembly election shall be conducted on April 6.

There are 337 candidates including 25 women in the fray for the 40 constituencies going to the polls on Tuesday.

In the third phase, allies BJP, AGP, and UPPL are fielding candidates in 20, 12, and 8 seats respectively.

While Congress is contesting 23 seats, AIUDF, BPF and CPI (M) are in contention in 12, 8, and one constituency each with a friendly contest expected in four places.