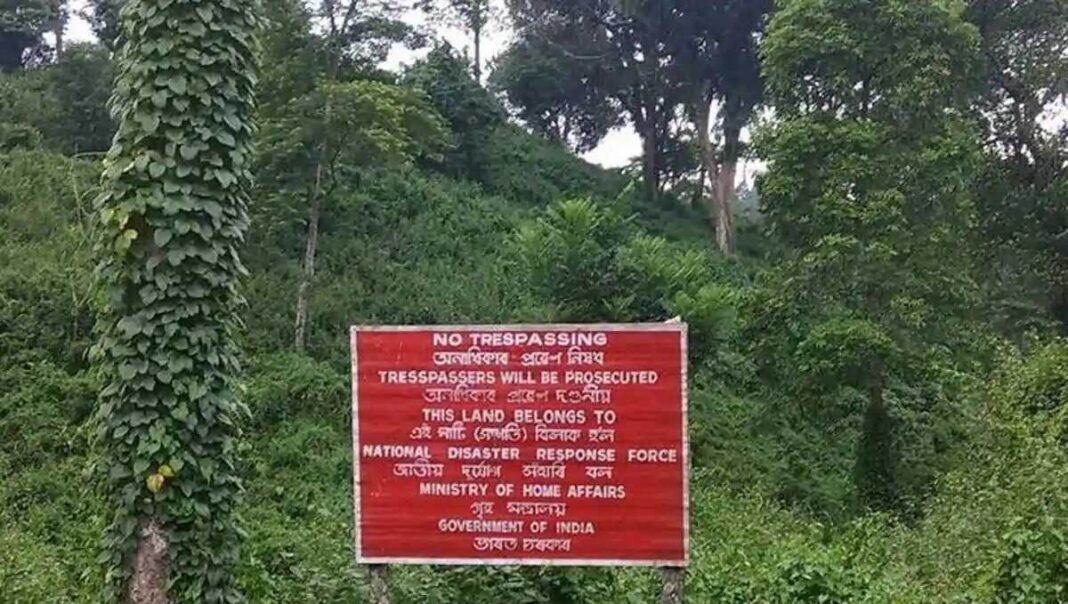 Assam, Dec 5: The Forest Department and environmentalists of Assam have opposed the allotment of 82-acre land to the National Disaster Response Force (NDRF) next to Amchang Wildlife Sanctuary on the outskirts of Guwahati.

The land surrounds the sanctuary on three sides is the home to nearly 50 wild elephants, deer, leopards, jungle cats, and other species.

A military station close to the sanctuary has reported problems due to wild elephants and forest officials believe the NDRF’s construction next to it for one of its battalions will lead to more human-elephant conflict.

Activist Rohit Choudhury wrote to Chief Minister Sarbananda Sonowal seeking cancellation of the allotment. He said the agency should be allotted an alternative plot away from the sanctuary.

In his letter, Choudhury cited communication by forest department officials indicating how construction activity by NDRF at the plot would hurt wildlife and lead to human-animal conflicts.

“As evident from the correspondences of the Assam the forest department, it is crystal clear that land allotted to NDRF is crucial for wildlife conservation as it is home to several species of wild animals including the Indian elephant,” Choudhury wrote.

“The plot… is located next to government land… [and is] to be a deemed forest with an average of 250 teak trees with a girth class of 30-100 cm,” the local range officer at Amchang wildlife sanctuary wrote to Guwahati’s divisional forest officer last month and added the area falls under the eco-sensitive zone of the sanctuary.

The All-Assam Students Union has also opposed the allotment of land to NDRF and urged the state government to reconsider the move.

Assam forest minister Parimal Suklabaidya said he was unaware of the exact nature of the issue.

NDRF officials were unavailable for comments as they were reportedly busy in meetings.