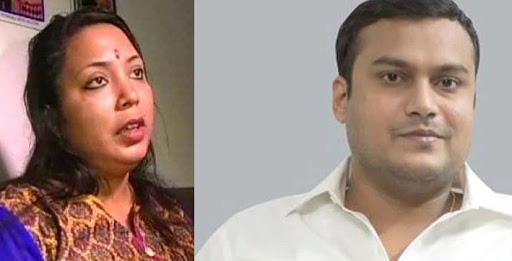 Guwahati, 9th October: One sitting Congress MLA from Assam and an ex-MLA were expelled from the party for anti-party activities.

The Congress on Friday has expelled its sitting MLA Rajdeep Gowala and an ex-MLA Rumi Nath from Barak Valley from Assam for a period of six years for anti-party activities. 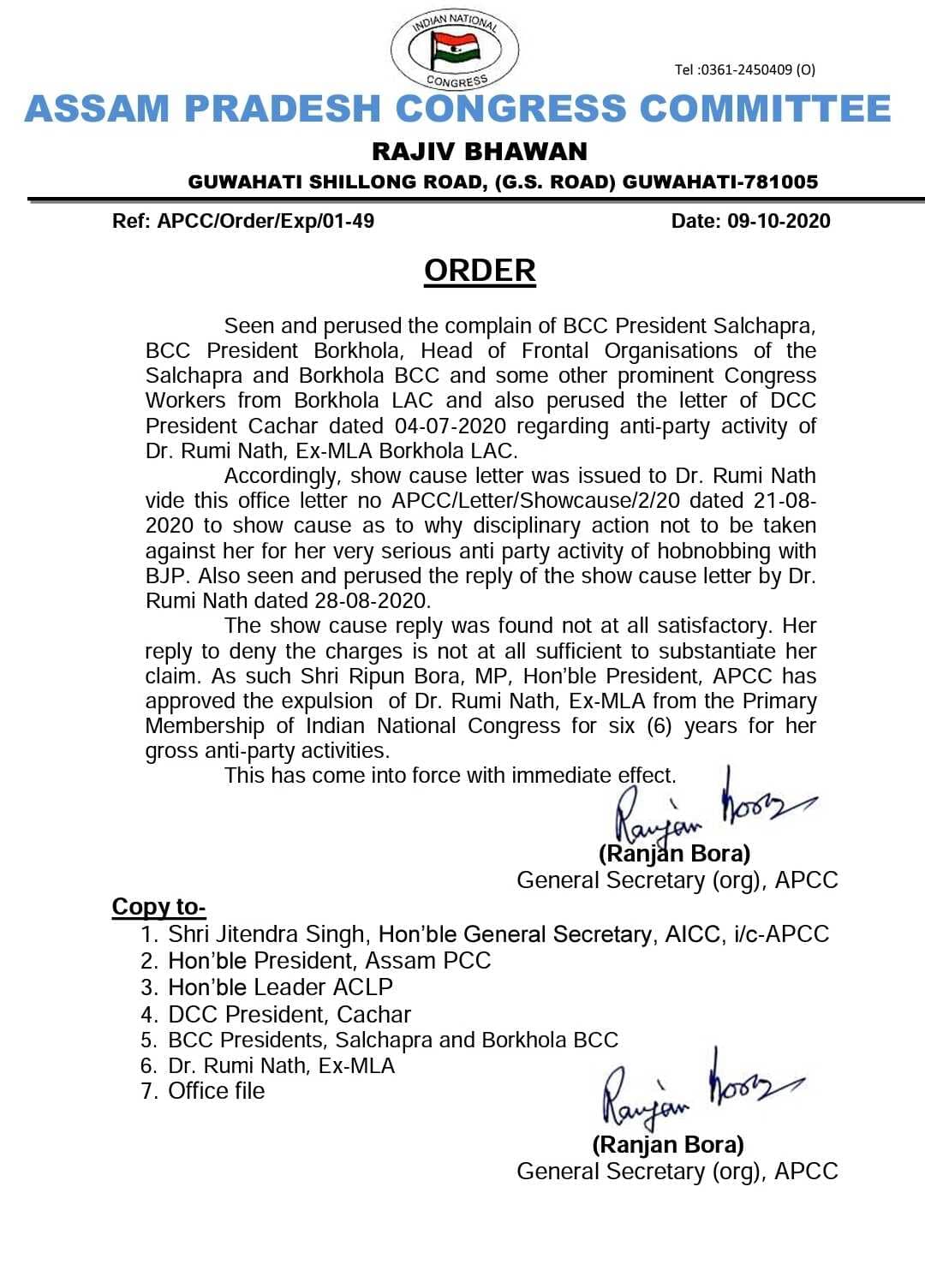 “The Congress president has approved the proposal of the expulsion of Rajdeep Gowala, MLA, from the party for a period of six years for indulging in anti-party activities,” AICC general secretary (Organisation) KC Venugopal said in a statement. 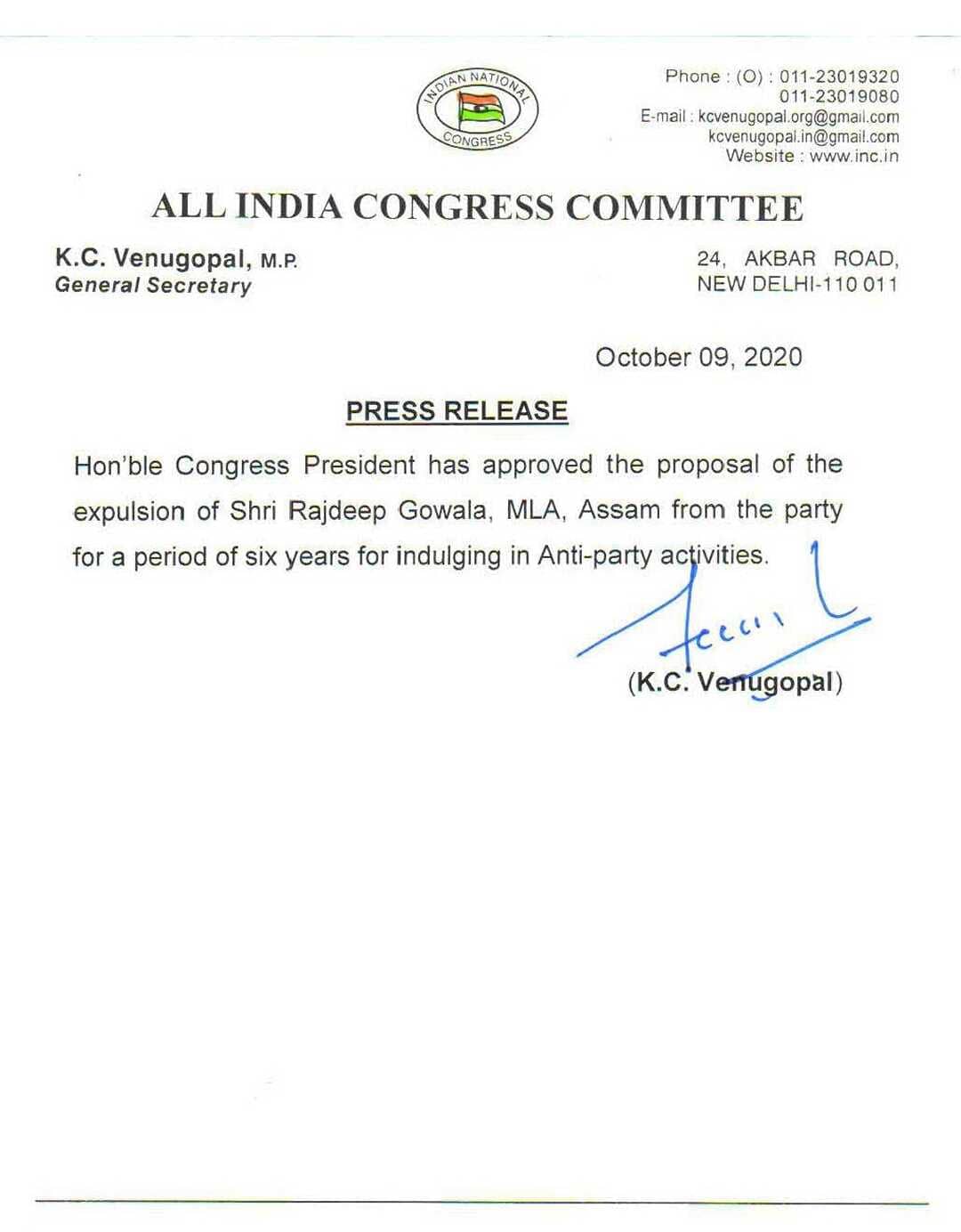 Rajdeep Gowala is a Congress MLA of Lakhipur assembly constituency.

Both Rajdeep Gowala and Rumi Nath were allegedly in touch with BJP since past few months.