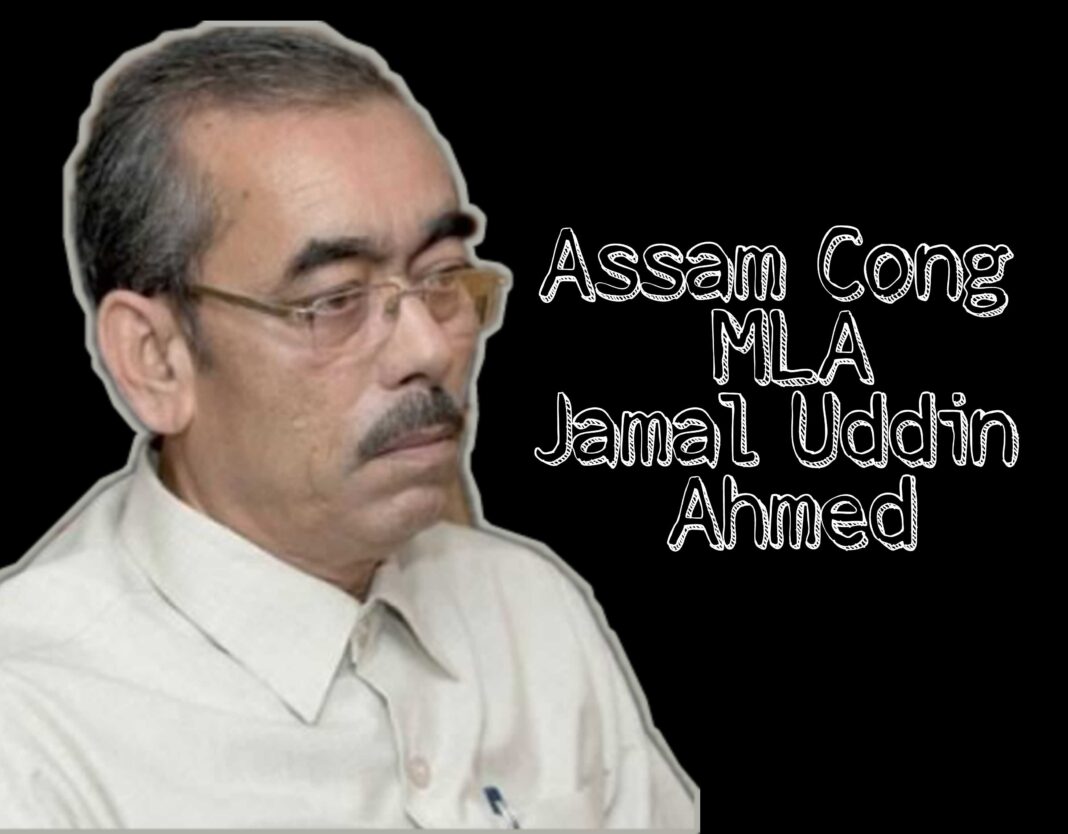 Assam, Jan 27: In a setback to the Cong ahead of the Assam assembly elections 2021, the party’s legislator from Badarpur in Karimganj district of the state, Jamal Uddin Ahmed, died.

The 66-year-old complained of uneasiness on Tuesday evening and was rushed to Karimganj civil hospital. Preparations were underway to shift him to Silchar Medical College Hospital, but Ahmed succumbed before that.

Karimganj deputy commissioner MP Anbamuthan confirmed the death. The last rites will be held at Karimganj on Wednesday afternoon.

Ahmed had attended several functions held for Republic Day celebrations as well as the coming polls due in April-May.

“Extremely sorry to hear about the passing away of Congress leader, honourable MLA of Badarpur, Assam, Janab Jamal Uddin Ahmed Saheb. My deepest condolences,” the president of All India Mahila Congress and former MP from Silchar, Sushmita Dev, tweeted.

Ahmed had won thrice from the Badarpur seat–first in 2001 on a Trinamool Congress ticket and in 2011 and 2016 as a Congress candidate.

With Ahmed’s demise, the strength of the opposition Congress in the Assam assembly came down to 19. Two sitting MLAs of the party had resigned last month and joined the ruling Bharatiya Janata Party and another MLA–former chief minister Tarun Gogoi–had passed away in November.