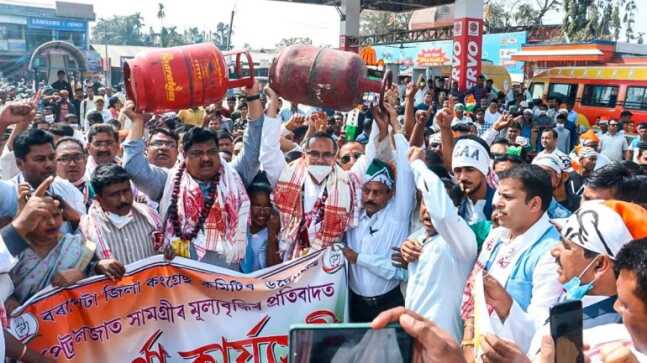 Assam, Feb 24: Making rising fuel price a poll plank ahead of the Assam assembly elections, Congress on Tuesday held protests in petrol depots of the state for the third consecutive day. Congress party leaders were seen carrying LPG cylinders on their heads to show their disapproval of the price hike.

“As if the economic disparities created by Chief Minister Sarbananda Sonowal government were not enough, people now have to incur an additional burden for meeting the spike in oil prices,” Bora said to media.

“We believe this is just the beginning of peoples‘ movement as this blatant display of apathy by the BJP government will be short-lived,” Saikia said.