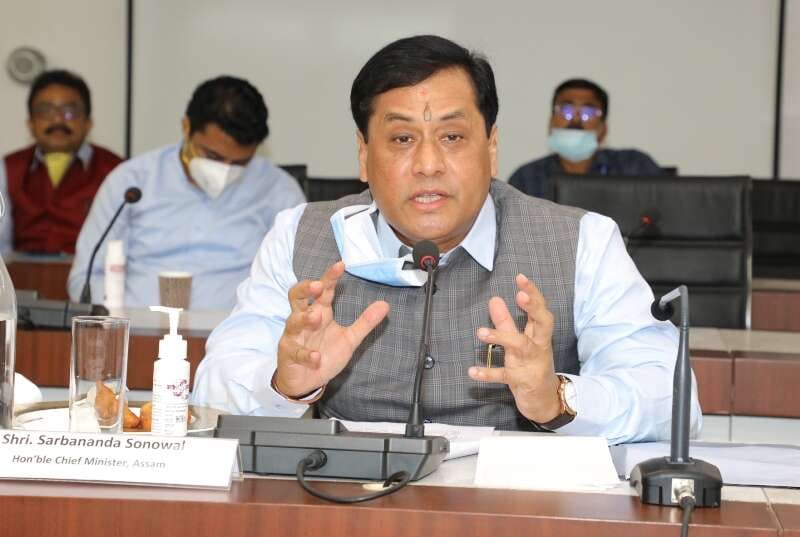 In parallel to the change in the attitude of the police towards the public, the people have also changed their perception of police which has resulted in registering of more cases in police stations across the state as citizens come to police without any apprehension, he said.

Sonowal also informed that Assam was the only state in the country to take special initiative to upgrade police infrastructure and for that reason, the state’s police force could become one of the best performing in the country.

Urging the police personnel to dedicatedly work for protecting the life and property of state’s citizens and upholding the democratic values, Sonowal called for maintaining the sanctity of the police uniform while controlling the criminal elements with an iron hand.

He also appreciated the role played by 70 thousand Assam Police personnel in managing the COVID-19 situation in the state along with maintenance of law and order and in the fight against other natural calamities and he said that people of Assam would always remember their selfless service during these difficult times.

The Assam Chief Minister also said that rapid development has been ushered in by the present state government in all the districts of the state, inspired by Prime Minister Modi’s ‘sabka sath, sabka Vikash, sabka Viswas’ motto. Even a border district like Dhubri has reaped the benefit of development schemes and steps taken for constructing Asia’s longest bridge connecting Dhubri and Phulbari would bring massive transformation in the communication sector, he said.

Sonowal also informed that both central and state governments have taken steps to seal the Indo-Bangla border for stopping infiltration of foreigners and modern technology has been used for strict surveillance over the riverine border areas. He also called on the people residing in the border areas in the district to be vigilant against illegal influx.

Social Welfare Minister Pramila Rani Brahma also spoke in both the programmes and she thanked the Chief Minister for undertaking the initiative to upgrade police infrastructure in the state. ADG of Assam Police Harmit Singh also spoke in the programme which was attended by MP Tapan Kumar Gogoi, MLAs Najrul Haque, Ashok Kumar Singhi among others.