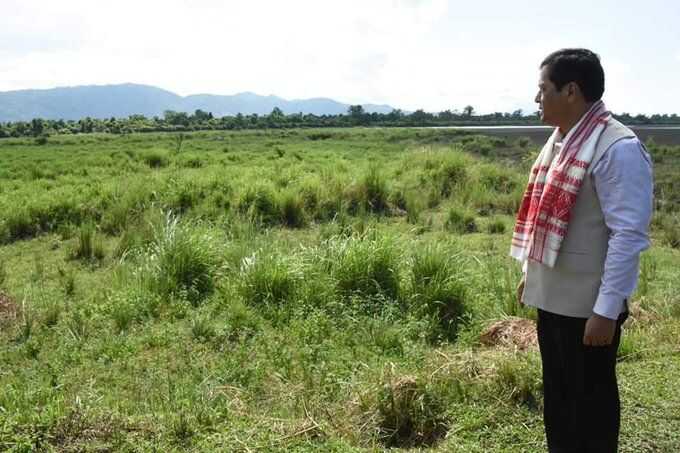 Guwahati, 21st October: Assam Chief Minister Sarbananda Sonowal on Wednesday had formally opened the Kaziranga National Park for the tourists for the year 2020-21.

The jeep safari has been started from Wednesday in Kohora and Bagori ranges of the national park while other two ranges would be opened from November 1 for the visitors where elephant safari will also be started.

The Assam Chief Minister said that from today onwards the national park has been opened for tourists, both domestic and foreign and he hoped that Assam’s tourism sector would be revived after the COVID-19 induced lockdown situation with the opening of Kaziranga National Park.

He also expressed optimism that the unemployed youths in and around Kaziranga would find meaningful employment again through jeep safari and other tourism activities.

Sonowal also called on the people of the five districts covered by Kaziranga National Park and the local communities residing in the surrounding areas of the park to extend full hospitality to the visitors coming from outside so that the best picture of State can be presented to the outside world.

The Assam Chief Minister also highlighted the achievement of the State government in stopping rhino poaching to a great extend in last four and half years and he thanked the people of the nearby areas for extending their full cooperation in eliminating poaching incidents.

He called on the people to maintain all COVID-19 protocols in visiting the Kaziranga National Park and other such places of tourists interest so that the spread of the pandemic can be contained.

Sonowal referred to Prime Minister Narendra Modi’s address to the nation on Tuesday underlining the need to make conscious efforts by everyone to arrest the spread of COVID-19 during the forthcoming festival period and urged everyone associated with tourism sector of the state to strictly follow COVID-19 protocols issued by competent health authorities.

He also urged the media persons to spread the news of opening of Kaziranga National Park for the year 2020-21 so that tourists from various places of the country and abroad can come and enjoy the natural beauty of the park while also contributing to the revival of Assam’s tourism industry.