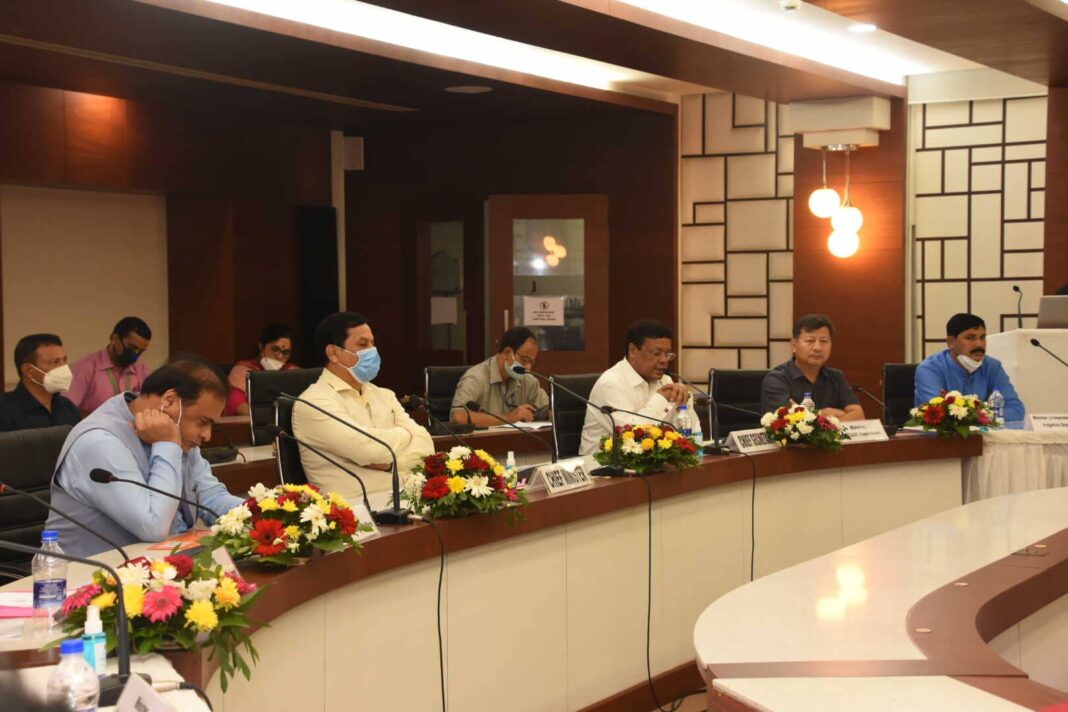 Principal Secretary of Health Department Samir Kumar Sinha gave a detailed presentation regarding COVID19 scenario in the state in the meeting.

Health Minister Himanta Biswa Sarma said that, in view of the possibility of rapid increase in the spread of Coronavirus in the forthcoming festive season, a proposal has been submitted to the Chief Minister to hold the BTR election in December and to reach at an unanimous decision regarding that, the all-party meeting has been called following the direction of the Chief Minister. 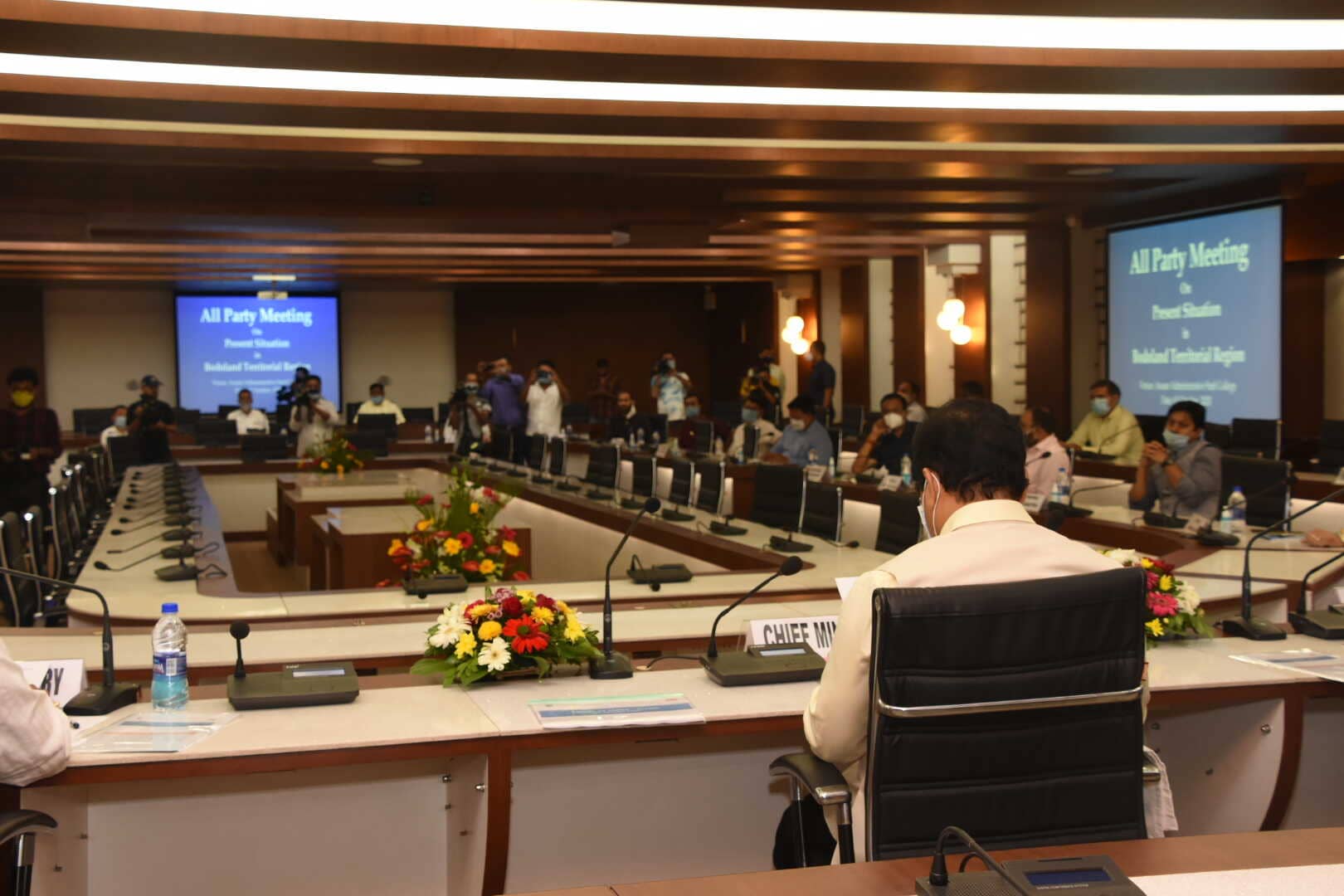 Saying that the all-party meeting has been called for knowing the views of all political parties regarding BTR elections, Chief Minister Sonowal said the democratic system must be taken forward by all the stakeholders and he stressed on the need to work with ‘Team Assam’ spirit cutting across political affiliations.

He also said that views of the parties have been duly noted for discussion in tomorrow’s cabinet meeting and interest of the people of BTR would be given priority while taking any decision.

Sonowal stated that importance would be given to take forward the democratic process while observing all necessary health protocols and both the government and opposition must be united to serve the interest of the people.