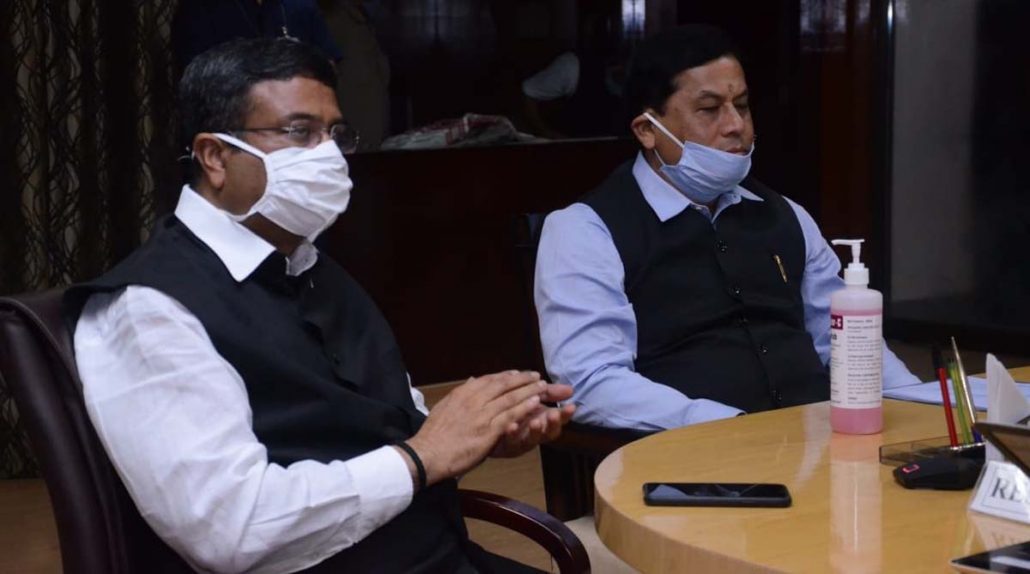 Sarbananda Sonowal and Dharmendra Pradhan to visit to Baghjan on June 14:

The Union Petroleum Minister assured that his ministry is closely monitoring the situation and assured that all necessary steps would be taken by the Government of India to provide succour to the affected families. 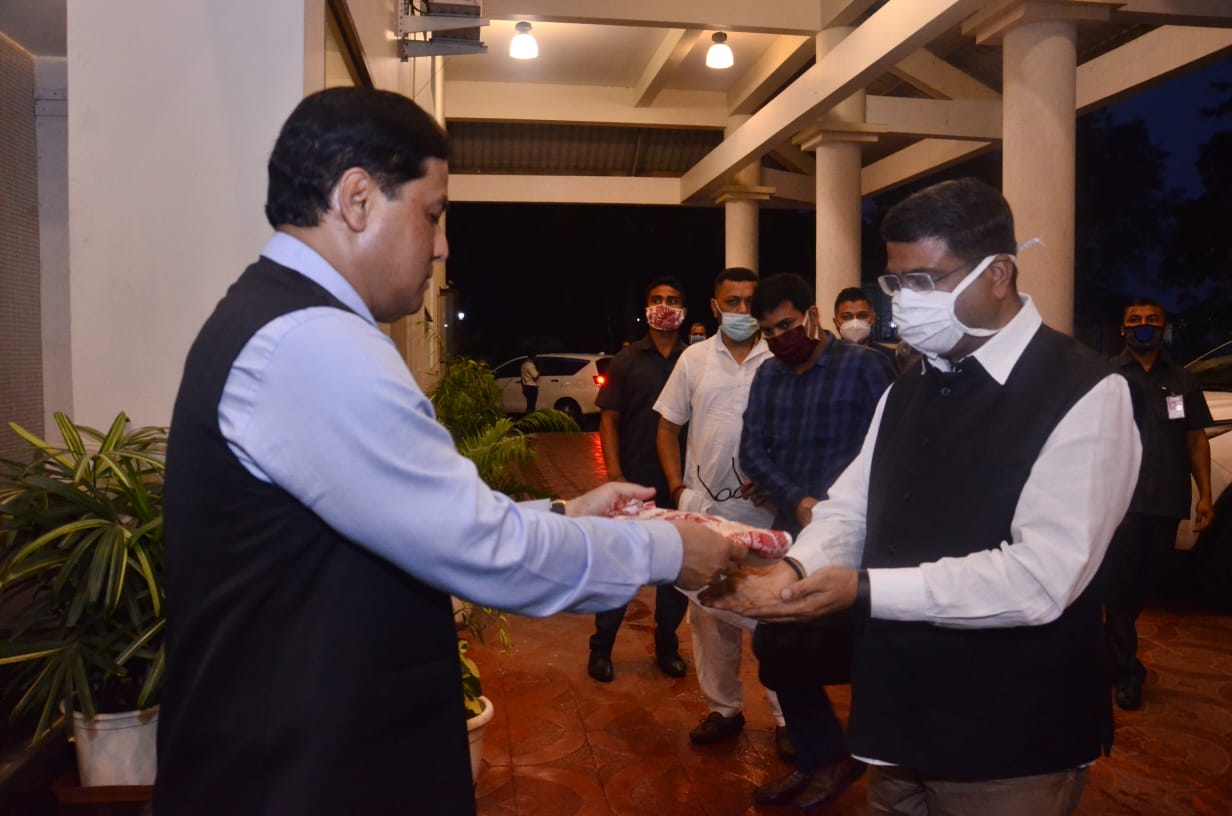 During the meeting, Assam Chief Minister Sonowal and the Union Minister decided to make a joint visit to the incident site to have ground understanding about the situation.

Sonowal informed the Union Minister about the incident said that the state government has been extending all needful support to OIL in its efforts to control the situation.

He said that Tinsukia district administration before the fire incident evacuated people from the nearby villages and they are being put up in relief camps. 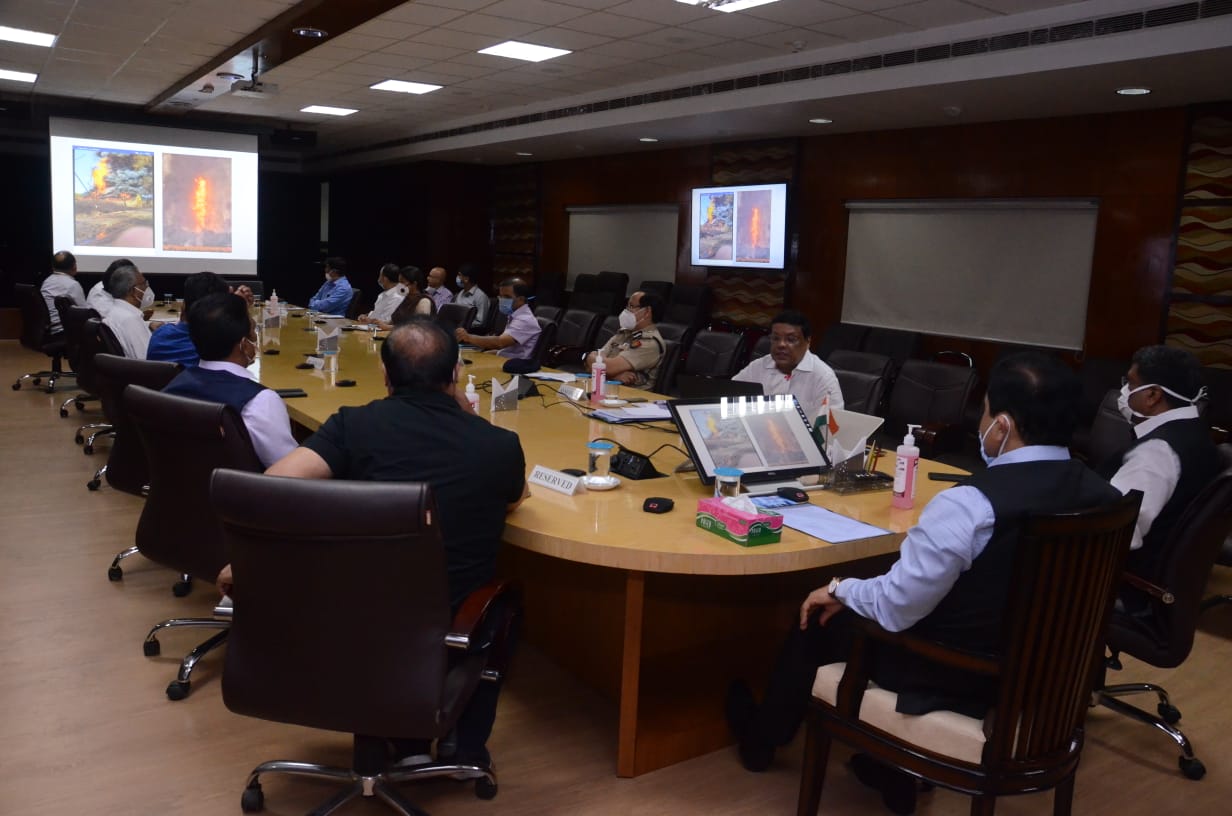 Chief Secretary Kumar Sanjay Krishna while briefing about the steps taken by the Assam government informed that twelve relief camps have set up by district administration where altogether 7000 people are taking shelter.

He said that district administration is presently assessing to ascertain the extent of damage by the gas well fire incident.

During the meeting, both Sonowal and Union Petroleum Minister Dharmendra Pradhan talked to senior OIL officials and Assam Industry and Commerce Minister Chandra Mohan Patowary who is presently camping at Tinsukia through video conference to have an understanding about the ground situation and the measures taken by OIL to cap the well. 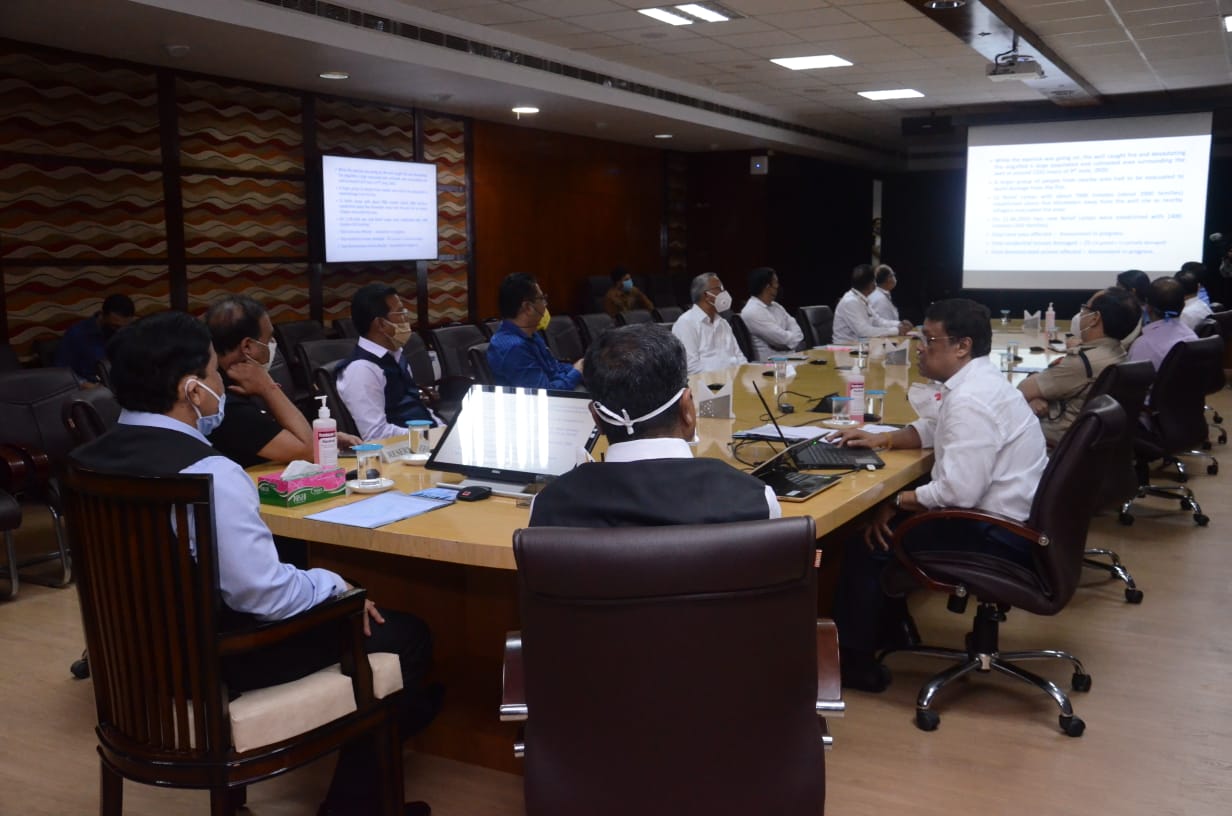 The Union Minister during the interaction took stock of the support rendered by the state government and stressed on working on a war footing to cap the well.