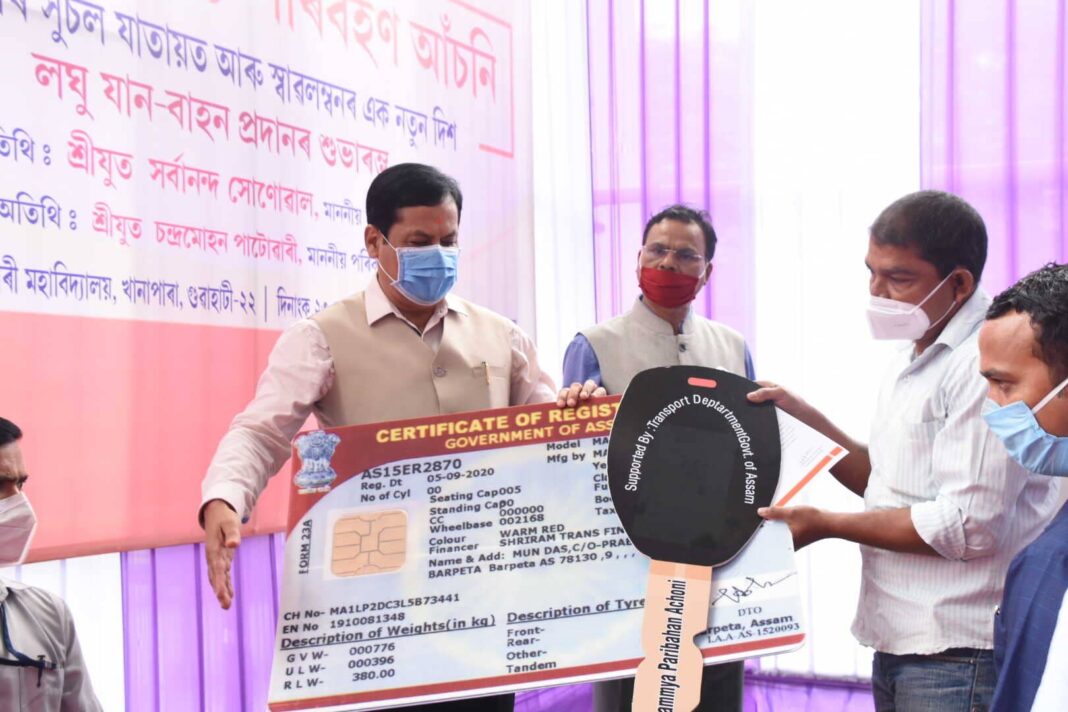 Guwahati, September 23: Assam Chief Minister Sarbananda Sonowal on Wednesday launched the Mukhyamantrir Grammya Paribahan Achoni and distributed vehicles under the scheme to beneficiaries at a programme held at Assam Administrative Staff College in Guwahati organized by the state transport department.

The scheme aims to improve rural connectivity and generate employment in the villages.

It is to be mentioned that the scheme has been launched by transport department following an announcement made by the Chief Minister in his Independence Day speech on August 15 last year that Light Motor Vehicle Service would be launched in the villages of the state and ten thousand villages would be covered in the first phase by the scheme with financial outlay of Rs 100 crore whereby one vehicle would be provided to one beneficiary per village. 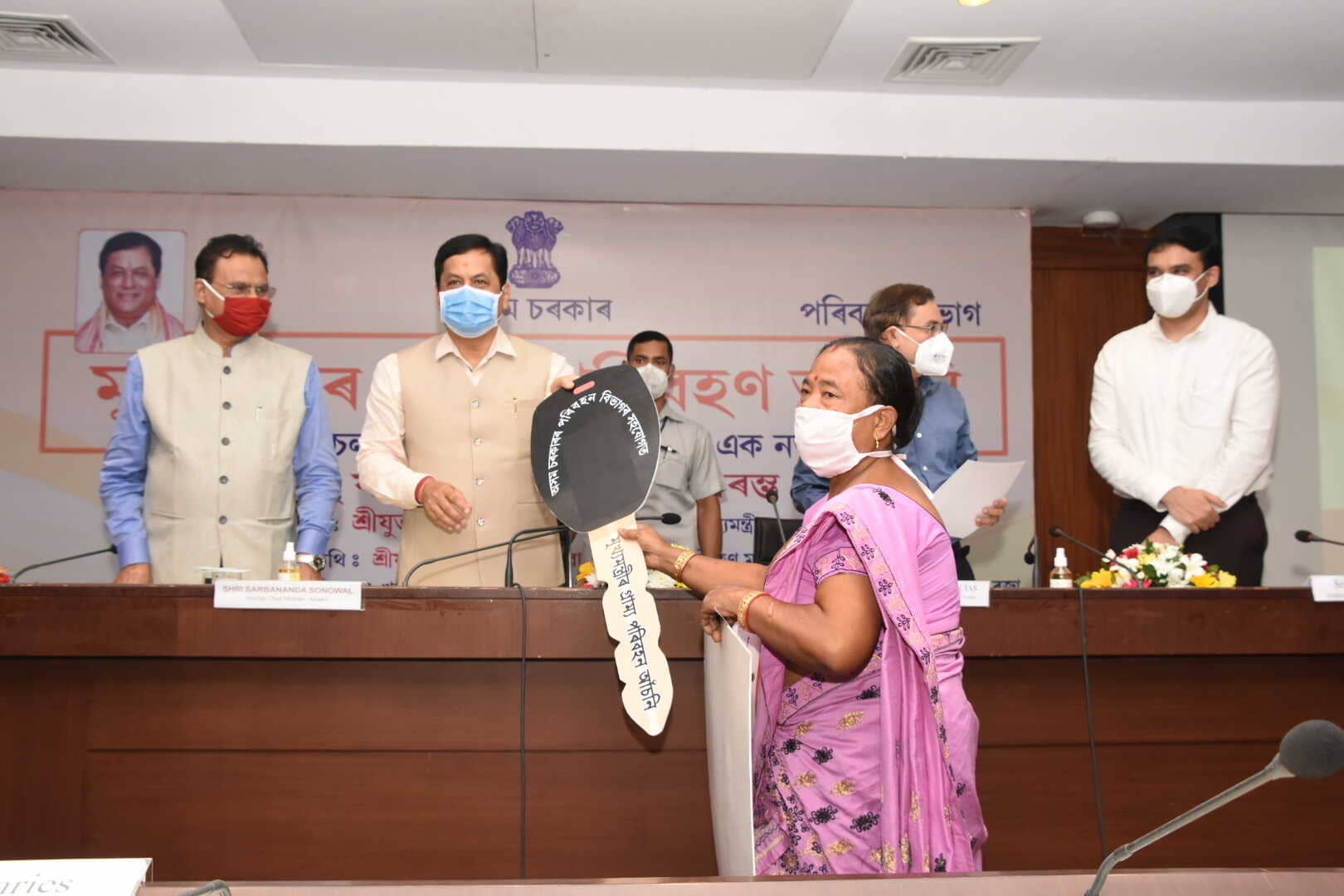 Under the scheme, the eligible entrepreneurs will be assisted financially with 25 per cent of the cost of the vehicle by the state government or Rs 1 lakh, whichever is less.

Speaking on the occasion, the Assam Chief Minister urged the beneficiaries to create success stories of self-reliance and entrepreneurship through the vehicles received under Mukhyamantrir Grammya Paribahan Achoni and inspire others in their villages to explore self-employment opportunities.

“In the wake of Rs 20 lakh crore package announced by Prime Minister Narendra Modi to revitalize the country’s economy, all citizens must come forward to play their part in this endeavour,” Sonowal said. 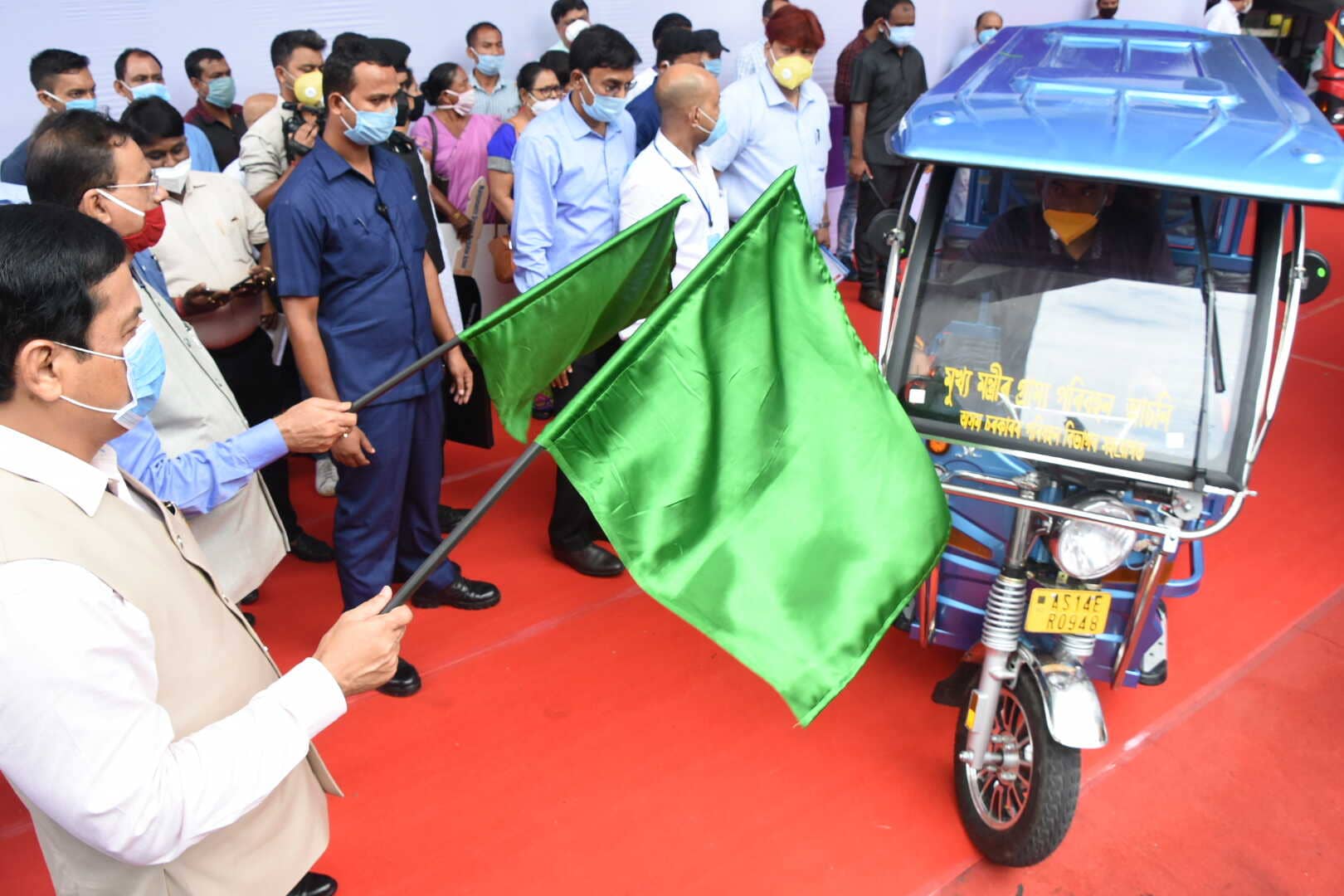 Saying that the process of making ‘Atma Nirbhar’ Assam been initiated by the state government through schemes like these, Sonowal stressed on the importance of hard work and dedication to become successful in any endeavour while commenting that no government self-employment scheme can succeed if the beneficiaries do not utilize the opportunities to the fullest.

“Only through tenacity and perseverance the challenge posed by COVID19 can be overcome and shackles put on the economy can be broken,” Sonowal said.

The Assam Chief Minister also said that, apart from boosting rural connectivity, the vehicles provided under the scheme would also come in handy in medical emergency situations as critical patients can be transported to the nearest health facility on time with the vehicles. 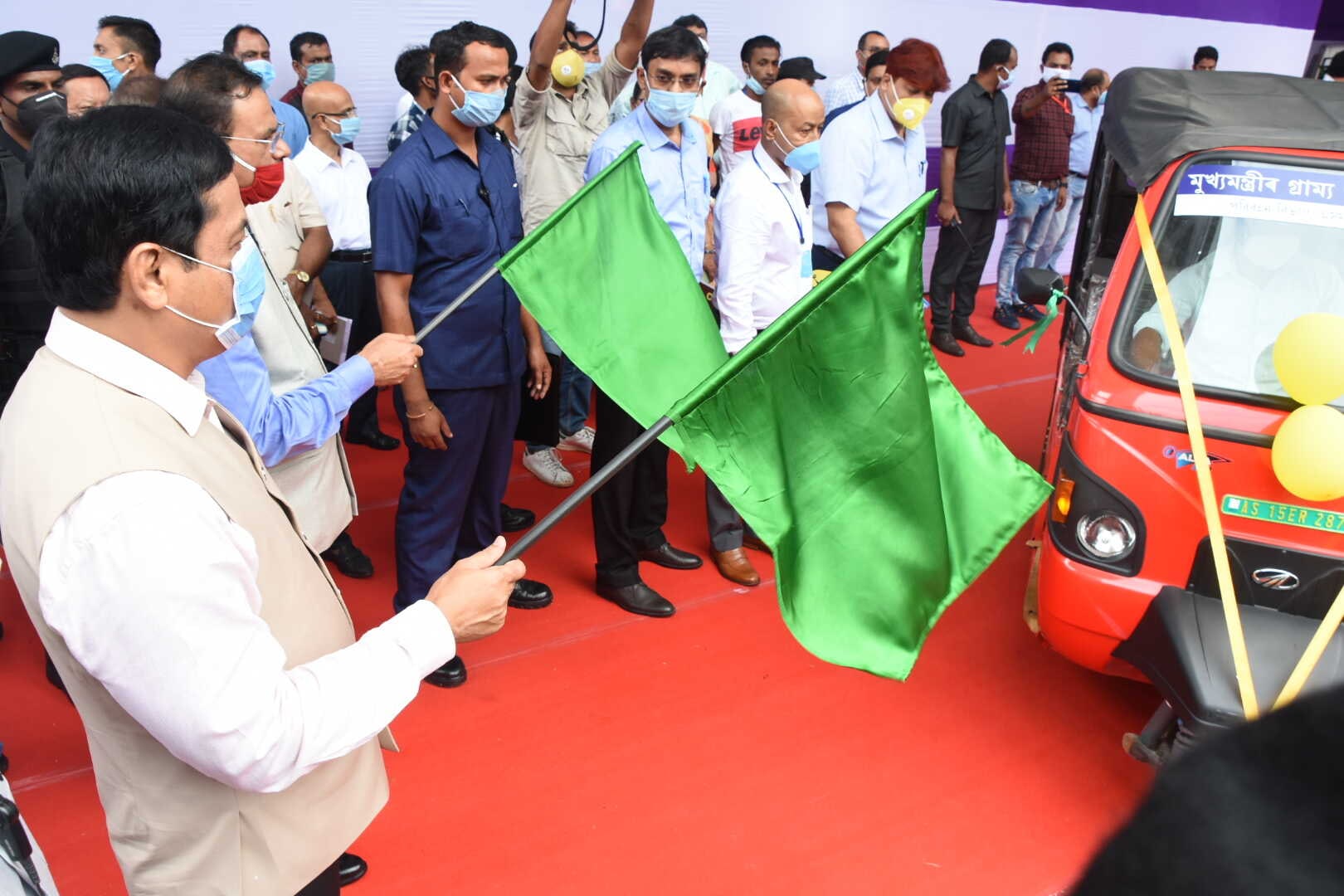 He expressed optimism that the selected beneficiaries would make the scheme a success by setting a thriving example of entrepreneurship and self-employment.

Minister of Transport Department Chandra Mohan Patowary, in his speech, remarked that the Mukhyamantrir Grammya Paribahan Achoni is envisaged to bridge the gap in the ‘last mile connectivity’ in state’s villages while generating employment opportunities. Though initially the scheme would be rolled out in 10 thousand villages, all 26 thousand villages in the state would be covered under the scheme in subsequent phases, he said.

He exuded confidence that the scheme would generate more employment through garages and vehicle maintenance services in the villages. Patowary also threw light on ASTC’s turnaround from a loss-making venture under the present government and informed about the plan to induct 20 Mercedes buses in the state within October.

Commissioner and Secretary of Transport Department K.K. Dwivedi gave the welcome address in the programme where Transport Commissioner Adil Khan was also present among others.