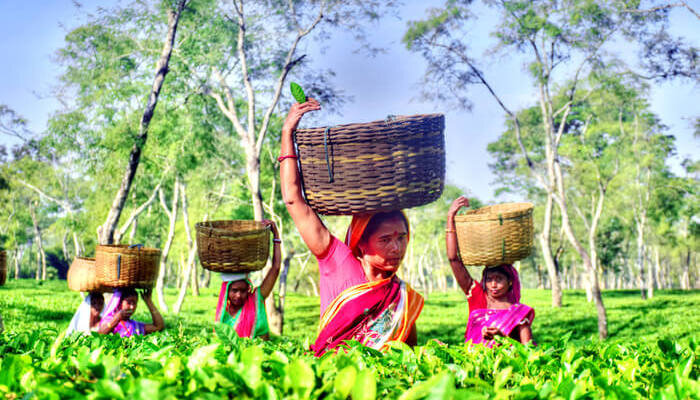 Assam, Feb 20: The Assam cabinet on Saturday decided to hike the daily wage of tea garden workers by ₹50 from ₹167 to ₹217 ahead of the assembly polls in the state due in April-May.

The cabinet also formed a one-member committee comprising principal secretary JB Ekka to look into ways in which a similar hike can be done in small tea gardens of the state.

Saturday’s cabinet decision comes six days after Congress leader Rahul Gandhi announced at a poll rally in Assam that if the party comes to power in the state, it would hike the wages from ₹167 to ₹365 daily.

Nearly 1.1 million workers have employed in around 800 tea gardens in the state especially in upper Assam. These workers and their families have a significant role in the outcome of nearly 40 of the total 126 seats in the state assembly.

Saturday’s wage hike is just one of the many schemes the BJP-led government has announced for this section of voters since coming to power for the first time in the state in 2016.

They include the promise of scheduled tribe status to the tea-tribe community and cash transfers of ₹2500/ ₹3000 to bank accounts of nearly 8 lakh tea garden workers at a cost of ₹220 crores to the state exchequer.

Other benefits include free rice, cash benefits to pregnant women, reservation of seats in educational institutions, setting up schools in tea gardens as well as providing mobile phones, bicycles, money to meritorious students, and funds to young men to set up small businesses.