Assam BJP leader arrested for attempting to rape a woman in Hojai district:

Guwahati, May 15: Police on Friday had arrested a BJP leader of Hojai district in Assam for allegedly attempting to rape a woman.

The accused person was identified as Kamrul Hoque Choudhury and he was the president of BJP’s Minority Morcha of Hojai district. 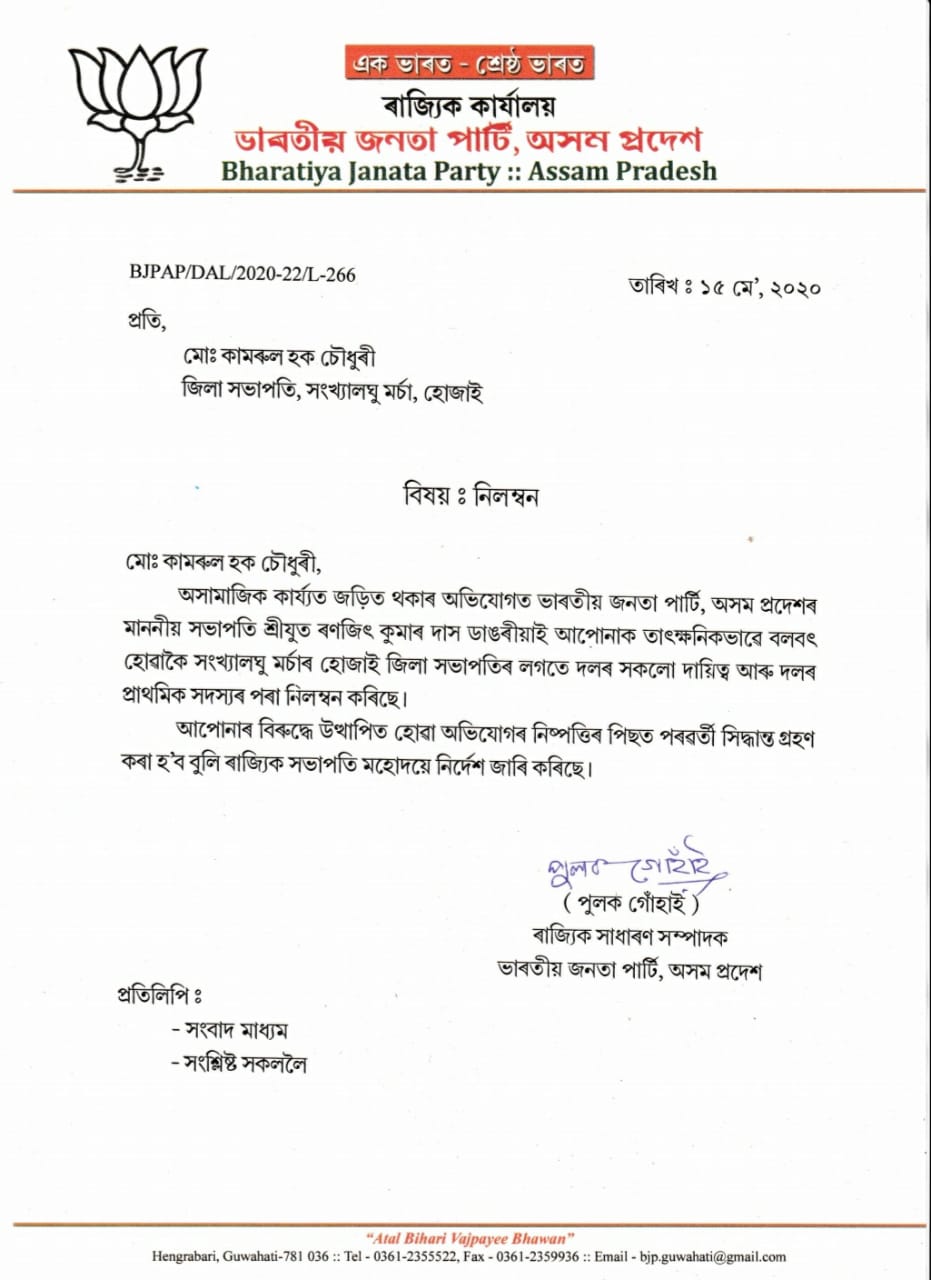 Hojai district Additional Superintendent of Police (ASP) Suman Chakraborty said that a lady under Lanka police station had lodged a complaint where she stated that, on May 11, the accused person had tried to rape her at his residence.

The police produced the accused BJP leader before a local court at Sankardev Nagar in Hojai district on Friday and the court sent him to judicial custody.

On the other hand, following the incident Assam state BJP had suspended the accused person from the party.

In an order copy issued by Assam state BJP said that, Kamrul Hoque Choudhury has been suspended from the primary membership of the party for his involvement in anti-social activities.