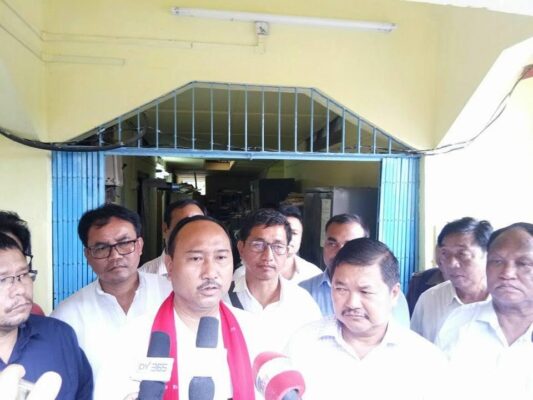 Assam, Jan 7: A group of Bharatiya Janata Party (BJP) lawmakers from Assam, including a Lok Sabha member, has submitted a memorandum to the Centre seeking the implementation of Article 244 A for the creation of an autonomous State within Assam.

Implementation of Article 244 A, which prescribes the formation of an autonomous State comprising certain tribal areas of Assam and creation of local legislature or Council of Ministers, has been a demand across three hill districts since the 1980s — Karbi Anglong, West Karbi Anglong and Dima.

Bey hoped the Centre under the leadership of Prime Minister Narendra Modi would “listen to the voices of the tribal people” and help implement Article 244A.

The team of tribal BJP lawmakers along with Tuliram Ronghang, Chief Executive Member of the Karbi Anglong Autonomous Council, had submitted the memorandum to Union Home Minister Amit Shah when he visited Assam on December 26. The team expects to meet Shah and Modi in New Delhi in January.