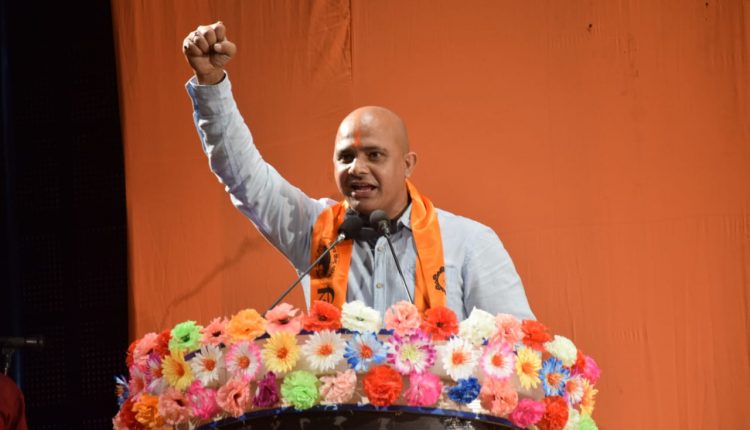 Assam, Dec 5: A Bajrang Dal worker in Assam’s Cachar district threatened to assault Hindus if they visit a church on Christmas, reported in media.

“If Hindus go and visit churches on Christmas day, they will get brutally beaten. They are locking temples in Shillong and we are going and celebrating with them. This cannot happen, we will not allow this to happen,” Mithun Nath, District General Secretary of Bajrang Dal said at an event.

Nath was referring to a recent incident in the Meghalaya capital, where the Vivekananda Cultural Centre, in the city’s Quinton The road was allegedly locked up by members of the Khasi Students Union.

The centre is a part of the local branch of the Ramakrishna Mission. However, speaking to the website, the mission’s secretary confirmed that that the temple on its premises was not locked up and the matter was only related to the cultural centre.

Nath, however, referred to the matter to back his the threat against Hindus who might visit a church.

According to a media source, Nath, Assam Bajrang Dal DGS said “I know what the headlines will be on December 26. Bajrang Dal goon’s vandalized Oriental School will be the news in every newspaper, but we don’t care. We will not allow Hindus in programs during Christmas when they are locking gates of temples in Shillong.”

He further said that the Hindutva group takes pride in being called “Gunda” [goons]. “The press calls us Gunda Gang,” Nath said. “If our Hindu girls are touched and harassed we will become gunda and we are proud of it.”