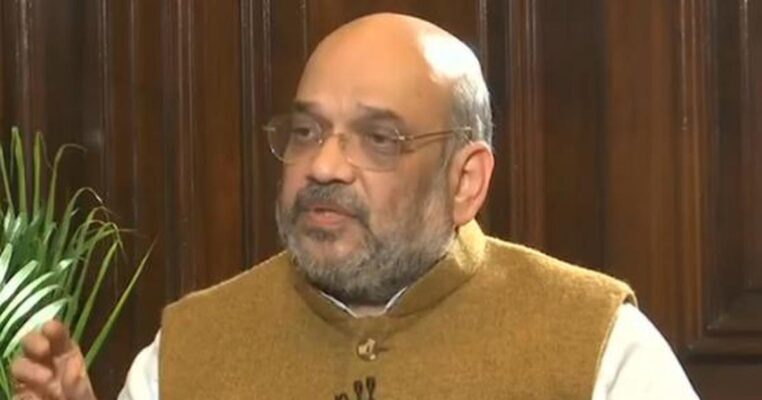 Assam, Feb 25: Union Home Minister Amit Shah on Thursday accused the parties formed in the aftermath of the anti-CAA protests of “helping the Congress which used bullets to suppress the Assam agitation against foreigners”.

He also accused Congress of joining forces with Badruddin Ajmal’s AIUDF in Assam because of its “lust for power”.

The Congress’ “greed” to capture power in the state will remain unfulfilled and the BJP, along with its ally Asom Gana Parishad (AGP), which symbolizes Assamese identity will win the assembly polls with a two-thirds majority, Shah told a public rally at Borduwa, the birthplace of Srimanta Sankardeva, the 15-16th century saint, scholar, and religious reformer, in Nagaon district.

Referring to regional parties like Assam Jatiya Parishad (AJP) and Raijor Dal as parties of agitators, Shah said these parties were formed so they could chip away at BJP’s votes and help the Congress, “but they will not succeed.”

The Union Home Minister’s statement is being looked at by many as an ‘insult’ to all those who have been vehemently opposing the implementation of the Citizenship Amendment Act (CAA) in Assam.

It is important to mention here that the two new regional parties in Assam — Lurin Jyoti Gogoi-led Assam Jatiya Parishad (AJP) and Akhil Gogoi-led Raijor Dal — were born out of anti-CAA demonstrations in Assam last year.