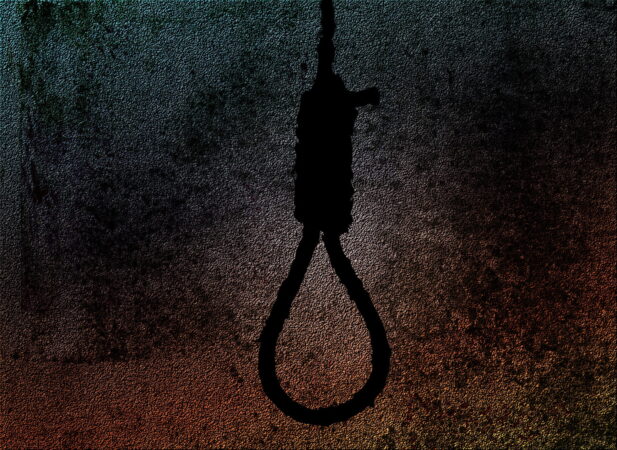 Assam, Feb 6: In a tragic incident, a 34-year-old woman allegedly committed suicide by hanging herself in her rented house in Silchar city of Assam’s Cachar district. A note, purportedly written by her, blames her boyfriend for having pushed her to take the extreme step.

The now-deceased woman, identified as Lipi Dam Kanungo used to work at a motorcar showroom in Silchar. She used to live alone in a rented accommodation at Panchayat Road. Around 7:30 pm, her neighbors spotted her hanging from the ceiling fan at her house, following which police were informed.

Subsequently, a police team reached the spot and sent the body to Silchar Medical College and Hospital for conducting post-mortem examination. Local residents said Kanungo left a suicide note, wherein she stated that she was cheated on by her boyfriend, identified as Dhrubajyoti Nath of Karimganj. She said Nath ditched her and tied the knot with another woman, according to a report.

Meanwhile, a police officer said they are probing the case from different angles. “We are investigating the case. Hopefully, we will reach a conclusion soon,” the report quoted the officer.

Also Read: LIFELINE- To break the stigma associated with Suicide

In another incident, a 30-year-old woman allegedly immolated herself due to financial problems in Jawahar Nagar Karanjan Dera the locality of Uttar Pradesh’s Fatehpur.

According to the police, the now-deceased woman, identified as Shahnaz, allegedly ended her life by setting herself ablaze. Her husband had also killed himself three months ago over financial problems.

A police officer said that before the woman committed suicide she had sent her three daughters, all minors, to a madrasa. After the post-mortem, her body was handed over to her father, the officer added.