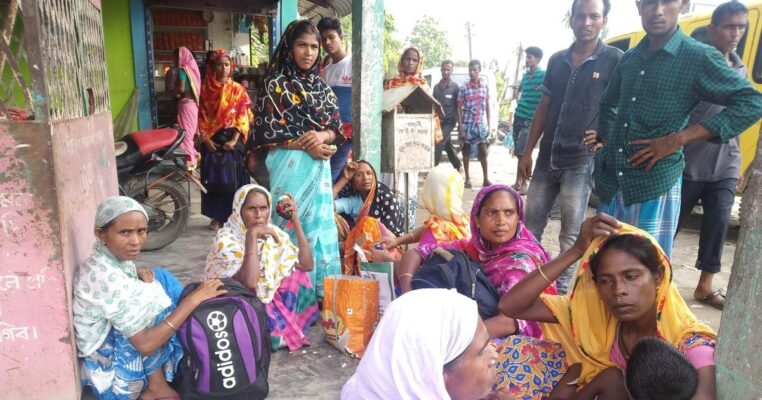 Assam, March 4: Ahead of Assam assembly polls, the Supreme Court sought responses from the Centre, the Election Commission and the Assam government on a petition filed by 26 Muslim women from the Muslim-majority Barpeta district alleging that their names have been arbitrarily placed in the ‘doubtful voter’ list for the last 23 years.

“The the main point requires consideration,” a bench of Chief Justice S A Bobde and Justices L N Rao and SR Bhat said after hearing Counsel Jayshree Satpute and Tripti Poddar, who appeared for Tahmina Khatun and 25 other Muslim women. The bench asked the respondents to file their replies to the petition within four weeks.

The petitioners, 24 of whom are from Bheragaon in Barpeta district which has a Muslim population of over 70%, alleged that Tahmina, followed by 25 other women petitioners had filed an application in 2019 under the Right to Information Act seeking a copy of the report on the basis of which they were marked as doubtful voter after failing to elicit any information from other authorities for years.

The electoral registration officer (ERO) responded on September 7, 2019, and told Tahmina and later the other 25 women, “As per records, the D-mark is seen to have been put in the year 1997, but no such records of putting the D-mark is available in the office. No records of putting the D-mark are available.” The petitioners sought removal of D-voter status, arguing that by implication, it doubted their Indian citizenship.

The petitioners said there was no procedure or norm provided under the Constitution or any law to mark a voter as doubtful. “The implication of ‘D’ mark against an individual’s name in the voter list is far-reaching and includes the denial of basic human rights, constitutional rights, and other statutory rights, like denial of ration and the right to vote among others,” they said.

They said the electoral officers acted contrary to law by not affording any opportunity to them before marking D against their names. “In fact, the respondents have neither furnished any information about the procedure adopted to mark nor any reasons for such actions, despite multiple efforts and several visits to the offices of the respondents in this regard,” they said.

Though coming from an overwhelmingly Muslim majority district, the 26 women petitioners said they and their families faced the social stigma of being declared doubtful voters. However, they did not mention whether their husbands and other family members have been placed on the D-voter list.

They said that placing them in the D-voter list had led to the loss of livelihood and hindered access to government entitlements like the right to food, education and healthcare apart from staring at the consequences of incarceration and being rendered stateless.