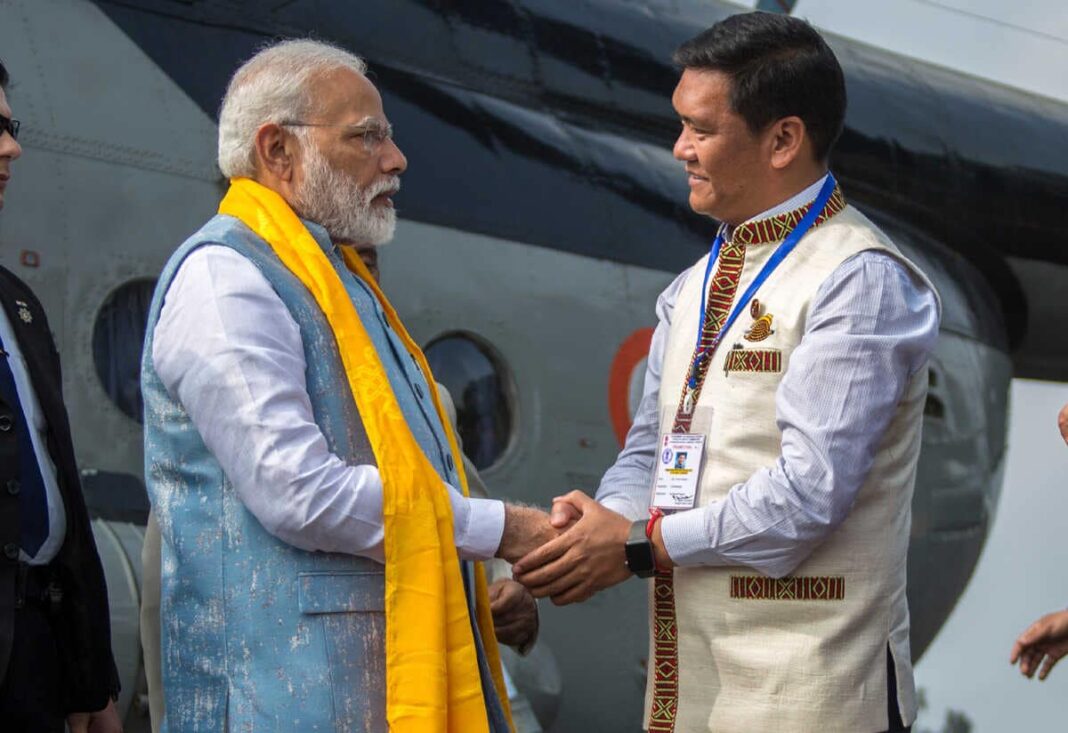 It was said by Chief Minister Khandu himself while speaking at the Indigenous Faith Day celebration in Itanagar.

Referring to Article 371 (H) of the Constitution, Khandu said that feedbacks from community-based organizations (CBOs) have been received and will sit with PM Modi to discuss it.

Khandu opined that when Arunachal Pradesh was conferred statehood in 1987, people were not educated and well aware of their tribal rights and constitutional provisions.

He hoped that the Narendra Modi-led central government will understand the issue and resolve it for the indigenous tribes of the state.

Arunachal Pradesh Assembly in August passed a resolution to bring the State under the ambit of the sixth schedule of the Constitution and to amend Article 371-H.

Article 371H vests the governor of Arunachal Pradesh with special responsibility in respect to the law and order situation in the state and in the discharge of his functions in relation thereto.

It also states that the Legislative Assembly shall consist of not less than thirty members.

The special provision concerning the State of Arunachal Pradesh:-

Provided that if any question arises whether any the matter is or is not a matter as respects which the Governor is under this the clause required to act in the exercise of his individual judgment, the decision of the Governor in his discretion shall be final, and the validity of anything done by the Governor shall not be called in question on the ground that he ought or ought not to have acted in the exercise of his individual judgment:

Provided further that if the President on receipt of a report from the Governor or otherwise is satisfied that it is no longer necessary for the Governor to have a special responsibility concerning the law and order in the State of Arunachal Pradesh, he may by order direct that the Governor shall cease to have such responsibility with effect from such date as may be specified in the order;

(b) The Legislative Assembly of the State of Arunachal Pradesh shall consist of not less than thirty members.