Based on a specific intelligence input regarding the presence of armed NSCN (IM) militants in the Miao Bum Reserve Forest area in Changlang district, 9th Rajputana Rifles, and Arunachal Pradesh police had jointly launched an operation in the forest area on Wednesday. 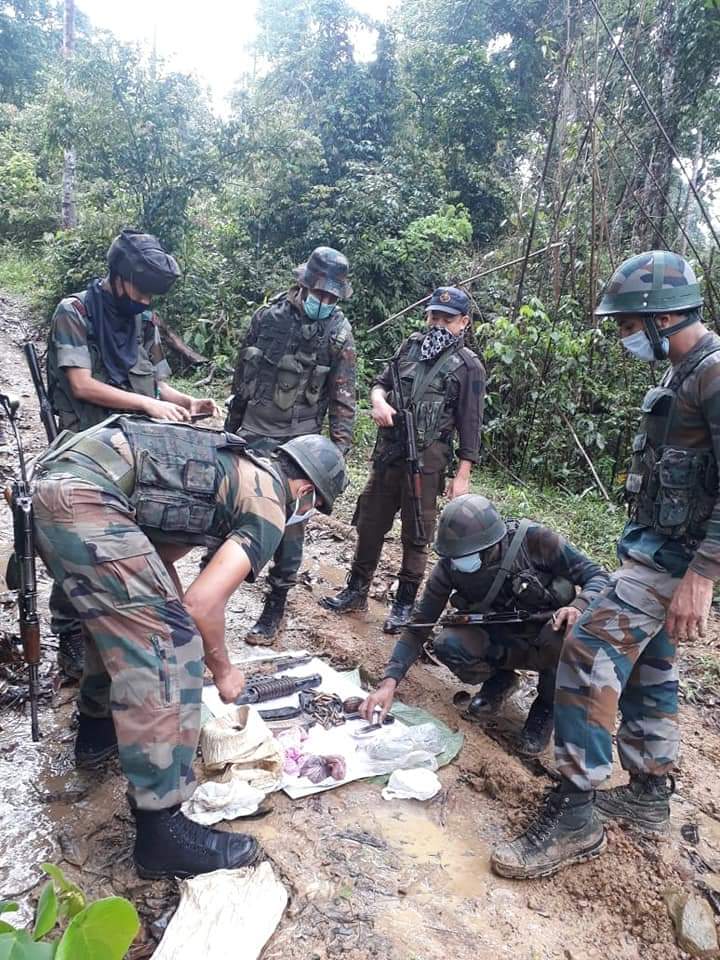 Guwahati based Defence PRO Lt Col P Khongsai said that, during the search operation conducted in inclement weather and inhospitable terrain, the team successfully recovered a cache of weapons, ammunition, and other warlike stores.

The troops had recovered one AK-56 Rifle with three magazines and 115 live rounds of ammunition, one point 22 pistol with a magazine and three live rounds of ammunition, one Under Barrel Grenade Launcher, one hand grenade, one kilogram of explosives, 4 stick explosive powder gel, 250-gram explosive gun powder, cordex 1 meter, 1 detonator and other warlike stores from the jungle area. 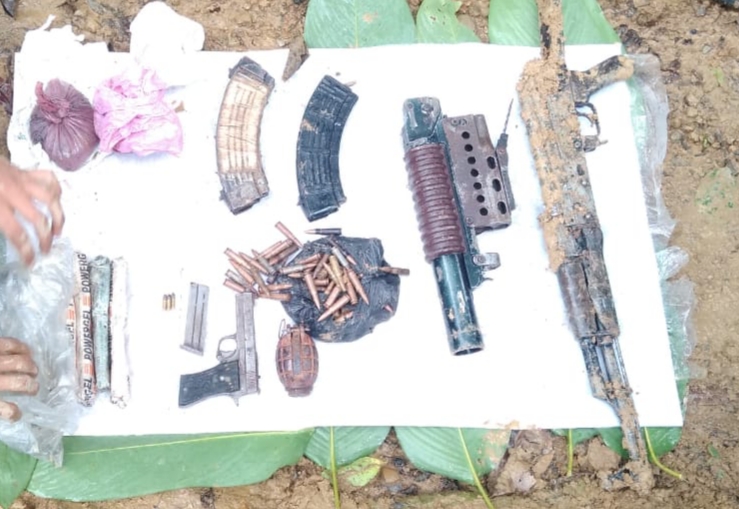 Later, the recovered arms, ammunition, and explosives were handed over to Changlang police for further investigations.

The recovery of this cache has dealt a severe blow to the nefarious designs of the proscribed group operating in the region.