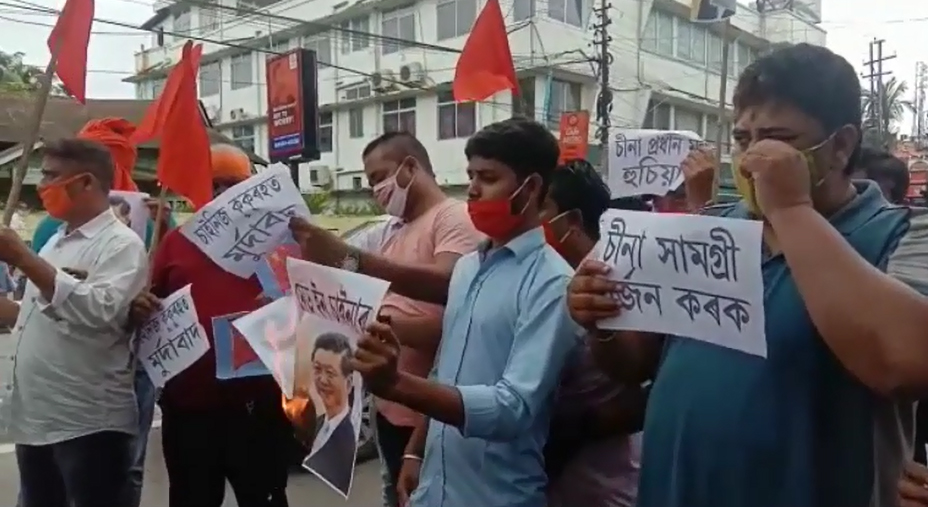 Guwahati, June 18: Protests in Assam and Arunachal Pradesh by various organizations, people have burnt effigies, posters of Chinese President Xi Jinping and Chinese flags in Guwahati and other parts of Assam, Arunachal Pradesh on Thursday against the killing of 20 Indian soldiers by the Chinese army in Ladakh’s Galwan Valley.

The anti-China protesters had also set fire to the Chinese flags in Guwahati.

As many as 20 Indian army personnel were killed in clashes with Chinese troops in Ladakh’s Galway Valley on June 15 night.

On the other hand, the local villagers of Upper Siang district in Arunachal Pradesh on Thursday set fire to Chinese flags, good items made in China and President Xi Jinping at Tuting area.

The locals had also protested against the Chinese government in Arunachal Pradesh’s West Kameng district.