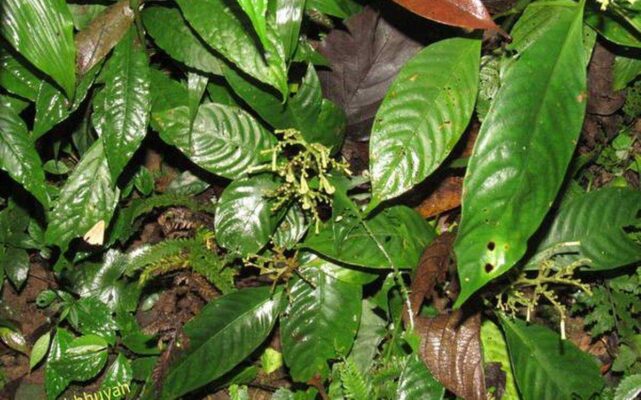 The species, named Ophiorrhiza recurvipetala, has been found at 675 meters above mean sea level in central Assam’s Dima Hasao district. It has been classified under the Rubiaceae family of flowering plants, to which the plant yielding coffee belongs. Recurvipetala means petals curved back.

The finding was published in the March 2021 issue of the Nordic Journal of Botany.

“This is a new species to plant science from AssamCand maybe a potential anti-cancer research candidate. All members of this group have a secondary metabolite called Camptothecin used in colon cancer,” Sanjib Baruah, assistant professor of Bodoland University’s Department of Botany said.

He co-authored the study with research scholars Birina Bhuyan of Bodoland University and Selim Mehmud of Guwahati’s Cotton University.

“It is now our turn to find the Camptothecin content occurring in this novel species. There is a possibility to cultivate this species as a promising medicinal plant for the northeast, but its agrotechnology is not known,” Dr Baruah told The Hindu.

The researchers had spent a few months in the hilly areas of Jatinga and Haflong in Dima Hasao district to locate a few plants on a wooded mound. “The new species is restricted to this area where it grows in moist shady places,” he said.

Ophiorrhiza is a predominantly herbaceous genus distributed from eastern India to the West Pacific from South China to northern Australia. According to the World Checklist of Selected Plant Families, 2017, it is a notably species-rich and taxonomically complicated genus with about 318 species worldwide.

In India, 47 species and nine varieties have been recorded and among them, 21 species and one variety are from the northeast.

The Ophiorrhiza recurvipetala is a perennial herb with a maximum height of 60 cm and is branched. It yields a creamy white flower.