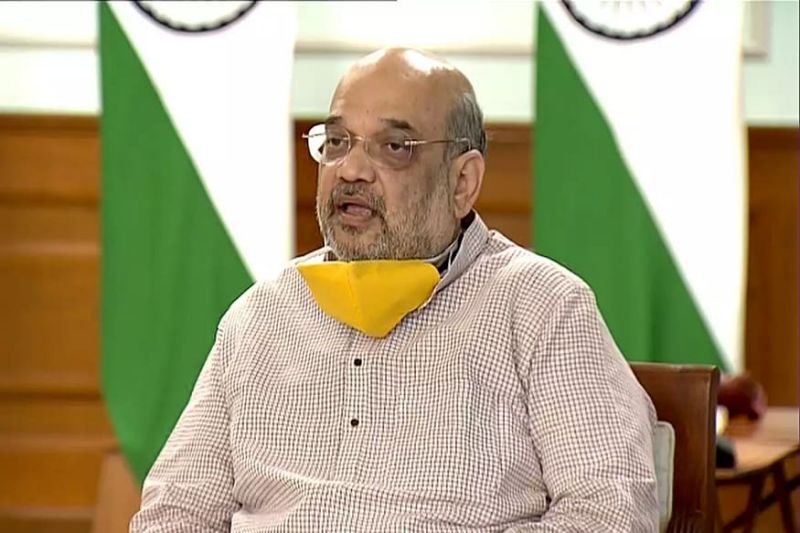 Bengal, Jan 31: Union home minister Amit Shah, who had to cancel his two-day West Bengal trip in the wake of an explosion outside the Israel embassy in Delhi on Friday is scheduled to virtually address a rally in Howrah on Sunday to bolster BJP’s campaign in the poll-bound eastern state.

Union minister Smriti Irani and some former Trinamool Congress leaders, who joined the Bharatiya Janata Party on Saturday, are expected to attack the state’s ruling party from the same platform.

Initially, the former TMC leaders were supposed to join the BJP in Shah’s presence at the rally at Dumurjala in Howrah on Sunday.

Meanwhile, following the cancellation of Shah’s visit to the state, signs of disgruntlement were showing among a section of the Matuas at Thakurnagar in North 24 Parganas district.

Top BJP leaders, including the party’s national vice president Mukul Roy and national general secretary Kailash Vijayvargiya, had to rush to Thakurnagar on Saturday to placate the community.

Matuas are part of a Hindu Dalit community, headed by their supreme body, All India Matua Mahasangha, which is headquartered at Thakurnagar in North 24-Parganas district. In the 2019 Lok Sabha polls, the sect’s young face, Shantanu Thakur, contested on a BJP ticket and defeated his aunt, TMC’s Mamata Bala Thakur.

“The dais is not being dismantled. Shah would come to Thakurnagar any day soon with a few hours’ notice,” said Roy.

A few hundred Matuas from across Bengal had gathered at Thakurnagar to listen to Amit Shah speech. The Matuas were expecting some statement from the Union home minister over the CAA and the NRC during his now-cancelled rally in Thakurnagar. A sizable chunk of the Hindu refugees belong to backward communities and that adds a caste factor to the political tussle over the amended citizenship law.

The TMC said that the BJP had insulted the Matua community.

“The BJP has nothing to give and has insulted the Matuas. They (the BJP) won’t be able to announce citizenship and hence cancelled the meeting. The Matua community needs to understand that the BJP is misleading them,” said Mamata Bala Thakur.