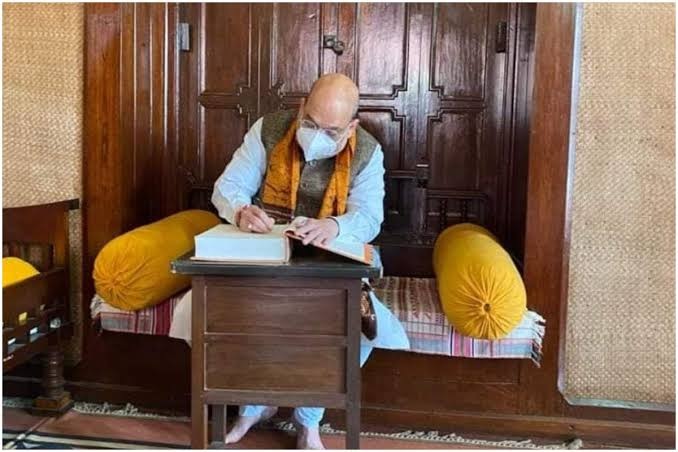 Authority release the statement and called the incident ‘misinformed’

The statement said, “This is regarding your statement during the parliamentary session today that the Hon’ble Home Minister Shri Amit Shah, had supposedly sat in the chair of Guru Rabindranath Tagore during his official visit to the campus on 20th January 2021. You have unfortunately been misinformed, as this is patently untrue. In the past, during their official visit to Uttarayan, a number of dignities, including the former chancellor Pandit Jawaharlal Nehru, Madam Pratibha Patil, Shri Pranab Mukherjee, and the Prime Minister of Bangladesh, Madam Sheikh Hasina among others have sat in the makeshift seat which is actually just the edge of a window on which cushion is placed. This fact has been documented in the photographs, which I have already shared on WhatsApp. Thus, not only is it not a chair, but it has never been Gurudev’s seat at all.”

There were reports on social media that the Ghanta Ghar was removed for the Union Minister’s visit to Santiniketan and allegations were made that Amit Shah sat on Tagore’s chair there. It was only then that the Trinamool Congress, without naming any BJP leader, claimed that some ‘tourists’ outside West Bengal were coming to places associated with Rabindranath Tagore and performing such acts which hurt the sentiments of Gurudev’s followers. 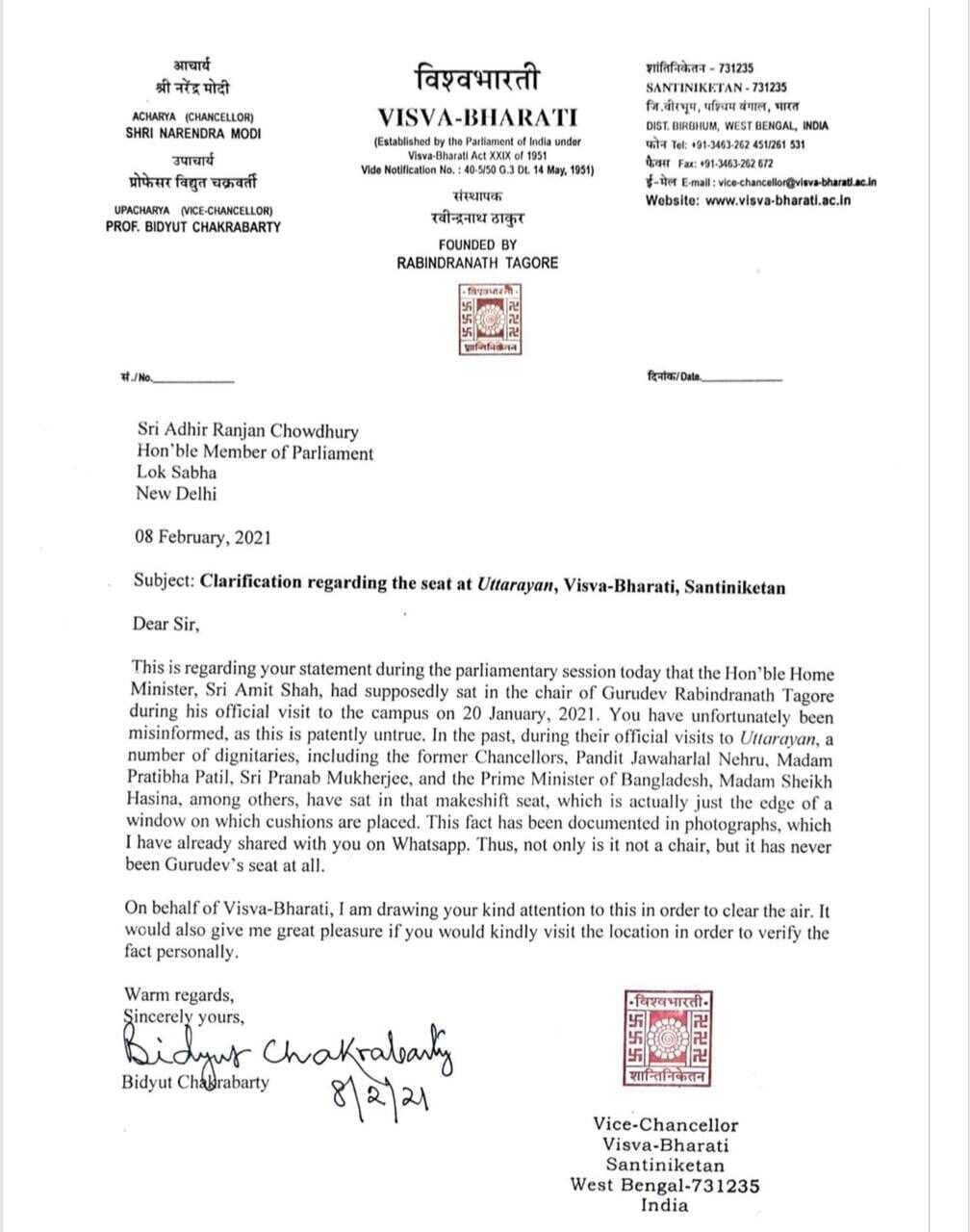 Home Minister Amit Shah was on a two-day visit to Bengal on 20th December and paid floral tributes to Nobel Laureate Rabindranath Tagore at Rabindra Bhavan on the campus of Viswa-Bharati University in Birbhum district of West Bengal.

Paid tributes to one of India's greatest thinkers, Gurudev Rabindranath Tagore, at Rabindra Bhawan in Shantiniketan. Gurudev's contribution to India's freedom movement will forever be remembered and his thoughts will continue to inspire our generations to come. pic.twitter.com/OG70LwfRwY

Shah also visited the Upasana Griha (prayer house) and Sangeet Bhavan, where students of the university rendered Rabindra Sangeet in a cultural programme. He also held a meeting with vice-chancellor Bidyut Chakraborty and members of the faculty.

The aura of Gurudev Tagore is still very much here. We are committed to fulfill Gurudev Tagore’s dream and restore the lost glory of Bengal. pic.twitter.com/bljZmklfuO