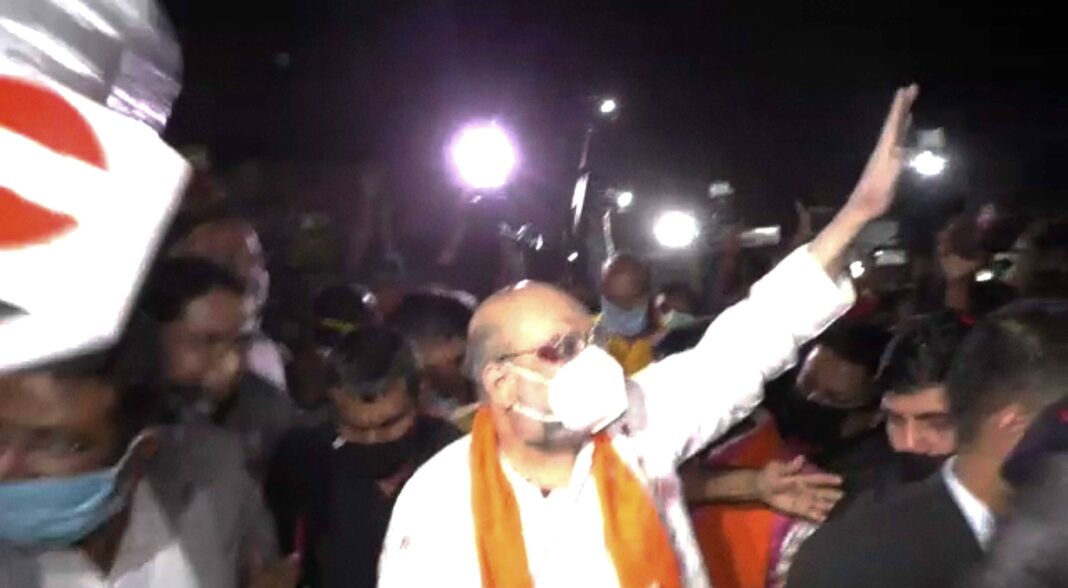 He is on a two-day visit to West Bengal to take stock of the party’s organizational matters ahead of the 2021 Assembly elections in the state.

Family decreased BJP worker, Madan Ghoroi met Amit Shah at Kolkata International Airport who was murdered in police custody on 13th September but the administration didn’t conduct the Postmortem yet even after the order of Calcutta High Court.

Amit Shah met the family and ensure them that “BJP will always remain indebted to our karyakartas who have given their supreme sacrifice while fighting against atrocities and injustice in West Bengal.“

On the other hand, the family alleges that they have been stopped by the Bidhannagar Commionarate on their way to the Airport. This is not the first time but the family getting family threats regularly by the West Bengal police.

Shah is scheduled to hold meetings with BJP stakeholders in Bankura and Kolkata. BJP president JP Nadda was also scheduled to visit the state but his trip was canceled.

There has been dissatisfaction in the party since senior leader Rahul Sinha was dropped as national secretary and former Trinamool Congress leaders like Mukul Roy and Anupam Hazra, were given posts. Mukul Roy has been made a vice president.

For weeks, senior BJP leaders in Bengal have been firefighting more than anything else. Amit Shah’s visit is seen as an attempt to end the carping between leaders set the Bengal team on campaign mode.