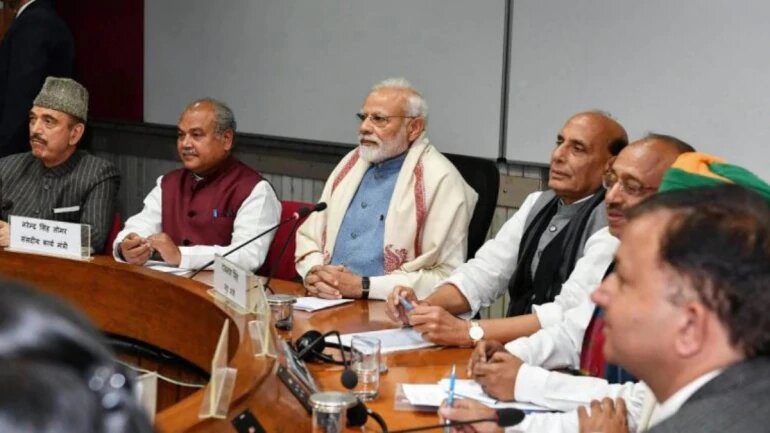 June 19: Prime Minister Narendra Modi is going to conduct an all-party meet on Friday to discuss the Indo-Chinese standoff in Ladakh’s Galwan Valley which resulted in the casualties of 20 Indian jawans including Colonel B. Santosh Babu.

According to sources in the government, 20 parties are to attend the meeting which will be conducted via virtual conferencing.

Defence Minister Rajnath Singh had called all leaders of all the Opposition parties on Thursday on behalf of Prime Minister to invite them to the virtual meet.

The idea behind it is forming a consensus regarding the ongoing border conflict between the two countries.

However, all those parties having five or more MPs in the Lok Sabha, leading North East parties and Parties with Union Cabinet Ministers shall be invited to the crucial meeting, said sources.

AAP and RJD, however, have not been invited to the meeting. Reacting on this both parties have given some strong reactions. Lashing out at the centre, Tejasvi Yadav, RJD leader has tweeted:

Dear @DefenceMinIndia @PMOIndia, Just wish to know the criteria for inviting political parties for tomorrow's #AllPartyMeet on #GalwanValley. I mean the grounds of inclusion/exclusion. Because our party @RJDforIndia hasn't received any message so far.

The RJD has 5 MPs in the Lok Sabha

While tweeting in Hindi AAP leader Sanjay Singh has said, “There is a strange ego-driven government at the Centre. Aam Aadmi Party has a government in Delhi. It is the chief opposition party in Punjab, has 4 MPs in the Lok Sabha and is a national organization. But the BJP doesn’t want AAP’s opinion in any vital subject when the entire nation is waiting for the Prime Minister to speak at the meeting?”