Home Assam Alcohol, petrol and diesel to be cheaper in Assam 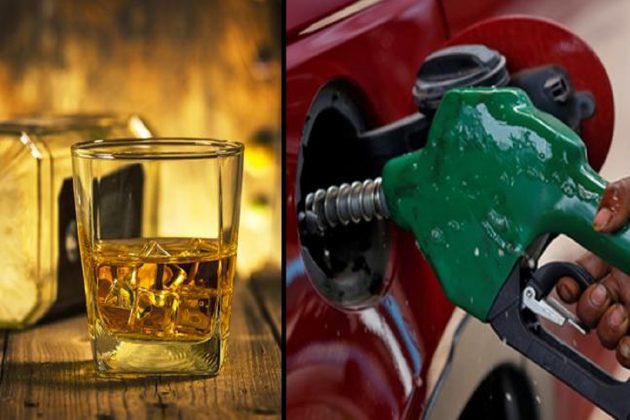 Assam, Feb 12: In order to woo the voters ahead of the much-awaited assembly polls in the state, Sarbananda Sonowal-led Bharatiya Janata Party (BJP) government on Friday announced its decision to cut fuel and alcohol prices in the state.

The announcement was made by state Finance Minister Himanta Biswas who said that the Assam government has reduced the petrol and diesel prices by Rs 5 while additional cess on alcohol will be reduced by 25 per cent.

The prices of petrol and diesel in Assam currently stand at Rs 90.17 and 84.82 respectively.

The Assam government’s decision to cut fuel prices will provide the much-needed relief to people across the state at a time when petrol and diesel rates have reached at an all-time high. Here it is noteworthy to mention that Assam, along with neighbouring Meghalaya, had hiked fuel prices last year to meet the cash crunch due to coronavirus pandemic.

The state government has also decided to provide free electricity to the people of Assam for up to 30 units for two months from January this year. It has also launched several cash benefit schemes, including ‘Arunodoi‘ and ‘Swami Vivekananda Assam Youth Empowerment‘, in the state.

“When the Covid-19 pandemic was at its peak, we had increased taxes on petrol and diesel. With the Covid-19 situation improving and the additional burden on the health sector reducing, the state Cabinet has decided to withdraw the additional taxes on these fuels,” Sarma was quoted.

Interestingly, the Centre in Union Budget 2021 proposed to provide Rs 1,000 crore for the welfare of tea workers in West Bengal and Assam. The Centre had also launched the third phase of its cash benefit scheme — ‘Chah Bagisa Dhan Puraskar Mela‘ — dedicated for tea workers in the state poll-bound state.