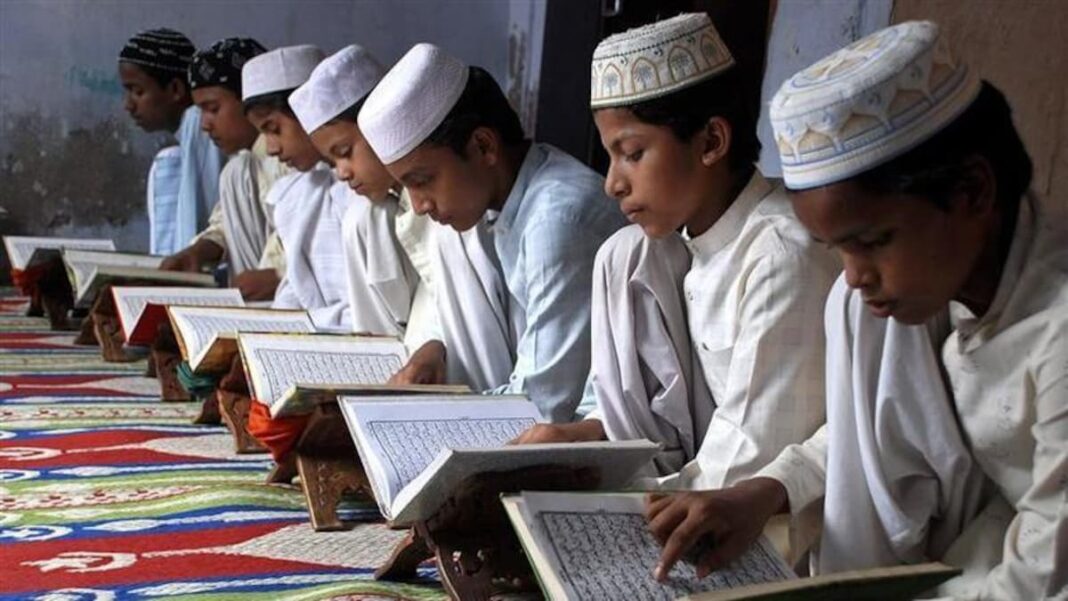 Guwahati, 23rd October: Opposition All India United Democratic Front (AIUDF) and Muslim clerics have strongly opposed the Assam government’s plan to bring the privately-run Madrassas in the state under a regulation.

Opposing the state government’s plan, AIUDF MLA Rafiqul Islam said that, it is an RSS agenda.

The AIUDF MLA also said that, RSS had slaved of the British. They had no role to freedom India.

The AIUDF MLA also said that, if the government has any doubt they can visit the Madrassas and search them.

“The articles 25, 29 and 30 of Indian constitution have given the rights to the people of any religion to teach the religious books and establish institution. The private Madrassas are running under the provisions of the Indian constitution. General education is also taught to the students up to class 7 in the private Madrassas. Last year, All India Jamiat had taken a resolution that general education should be introduced in the classes up to class 12 and the preparations are going on,” the AIUDF MLA said.

He alleged that the BJP and its government is trying to create an issue and it is an RSS agenda.

“RSS had slaved of the British. They had no role to freedom India. Now they want to regulate the private Madrassas from which many freedom fighters came out. We respect our constitution and the government may visit the Madrassas any time if they have any doubt. The government departments may also check the fund transactions of the Madrassas,” Rafiqul Islam said.

The AIUDF MLA also said that they (BJP government) are now just trying to create an issue ahead of the assembly elections in Bihar, Assam, West Bengal.

“The people of India now know everything about their (BJP) false promises and the people will teach them in the forthcoming elections,” Rafiqul Islam said.

Recently, Assam Education Minister Dr Himanta Biswa Sarma said that the state government is bringing a regulation to run the privately-run Madrassas in the state.

“We have no intention of closing private Madrassas in the state. First of all, the students have to be clearly told that why they are in Madrassa. They have to introduce Science, Mathematics in curriculum. They have to register with the state, various constitutional mandate of Right to Education etc. has to be respected. But they can retain the character of Madrassa. They have to be registered, students have to be informed. It has to be choice exercise by the student and parents, not under the influence of anybody,” Himanta Biswa Sarma said.

On the other hand, Muslim clerics of Assam have also opposed the Assam government’s plan over private Madrassas.

Moulana Sahabuddin – a Muslim cleric said that, the private Madrassas in Assam are running under the curriculum of the education department of the state government.

“If the government wants then they can inquire it. There are around 900 Madrassas in Assam and out of them around 800 Madrassas are registered. Along with the religious education, the general education subjects have also taught. We appeal to the government that, not to regulate the private Madrassas. These Madrassas will run in future in the same pattern what these were run earlier,” Moulana Sahabuddin said.

He said that there are 610 state-run Madrassas in the state and the state government has spent Rs 260 crore annually for it.

The Assam minister also said that the state government is going to ban the Madrassas education where complete education is primarily based on religion and these are governed under the director of Madrassa education.