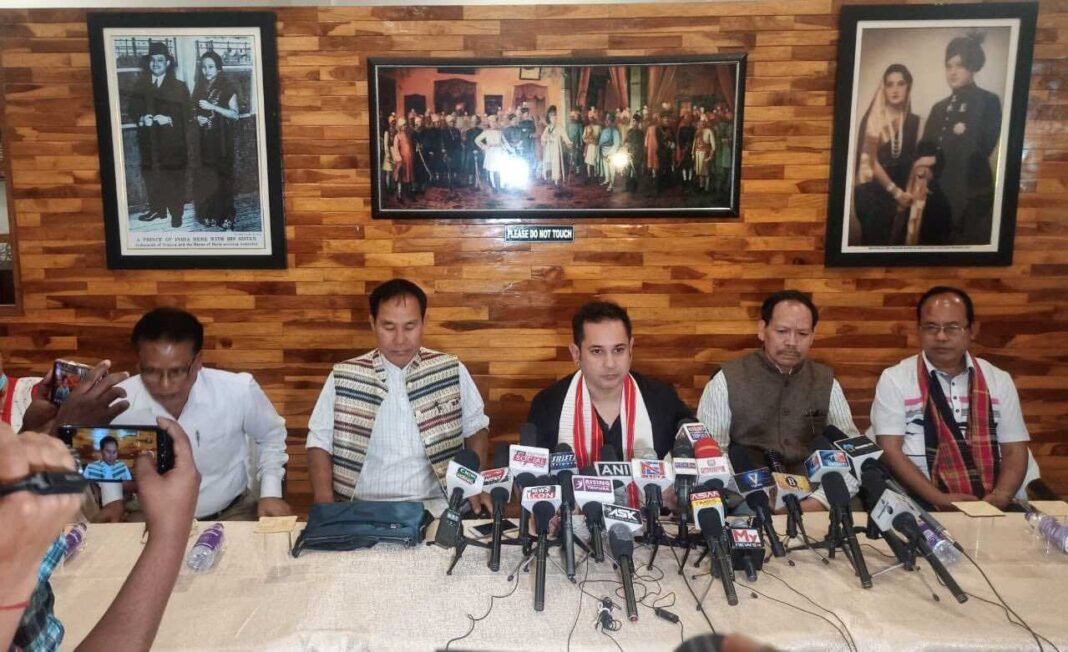 Tripura, Feb 20: The Tripura royal has allied with BJP ally Indigenous People’s Front of Tripura or IPFT ahead of the tribal council polls in the northeastern state.

Two years after he left the Congress over differences with the party on the issues of the Citizenship Amendment Act (CAA) and National Register of Citizens (NRC), Tripura royal Pradyot Manikya Deb Barman gave a blow to the ruling BJP by allying with one of its allies ahead of a crucial local election in the state.

The tribal elections were originally scheduled for May 17 last year, but had to be delayed due to the COVID-19 pandemic.

Under Pradyot Manikya’s leadership, they will contest the upcoming Tripura Tribal Areas Autonomous Development Council (TTAADC) polls, which runs under the 6th schedule of the Constitution.

glad to announce that Tipraland State Party , IPFT ( Tipraha) have merged their parties into TIPRA. pic.twitter.com/smDL9u2r9D

The jolt to the ruling BJP magnified on Friday after almost all the major tribal political parties aligned with TIPRA, some even merging with the new outfit.

The IPFT however, has not backed out of the Biplab Deb-led BJP government in the state, where it has two ministers.

Tripura royal Pradyot Manikya Deb Barman, who was earlier state president of the Congress, had quit the party in 2019. His principal demand has been for a “Greater Tipraland” – a separate state for the indigenous tribal communities in Tripura.

The IPFT too has gained political prominence since 2009 by demanding a separate state.

IPFT chief and state revenue minister NC Debbarma and TIPRA chairman Pradyot  Manikya Deb The barman told a joint press conference that the alliance was forged not only to fight the upcoming tribal council elections, but also for the development of the state’s indigenous community which is about 30 percent of Tripura’s estimated population of around 40 lakh people.

For now, Pradyot Manikya has kept the door open by saying he is ready for an alliance with both the BJP and the Congress if they sign an agreement that they will support the demand of creation of a separate tribal state.

He also said that if his new outfit wins the election, it will pass a resolution in the Tripura Tribal Areas Autonomous Development Council demanding a “Greater Tipraland“.