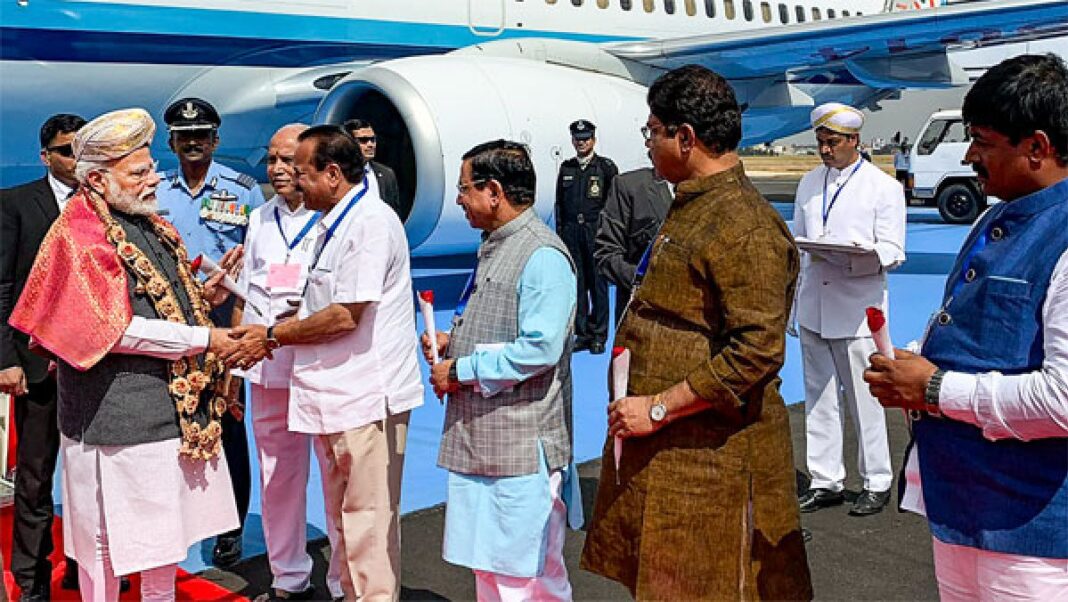 Before arriving here, PM tweeted, “On the way to Kolkata to mark #ParakarmDivas and pay tributes to Netaji Bose.”

On the way to Kolkata to mark #ParakarmDivas and pay tributes to Netaji Bose. pic.twitter.com/DMV37FryT9

Prime Minister Narendra Modi will visit the National Library in Kolkata on Saturday to mark the 125th birth anniversary of Netaji Subhas Chandra Bose, which is being celebrated as ‘Parakram Diwas’.

PM Modi will interact with 200 people at the Victoria Memorial and exchange pleasantries with them today.

The Prime Minister will preside over the inaugural function at Victoria Memorial in Kolkata before attending a cultural program called ‘Amra Nuton Jouboneri Doot’, based on the same theme.

The state police force has converted the city into a fortress ahead of the PM’s visit, and as per police sources, around 2,000 police personnel have been deployed across Kolkata to monitor the security machinery closely.

Sources in the Election Commission have, however, said the West Bengal Assembly election might be held early due to school exams.

Lal Bahadur Shastri had unveiled the statue of Netaji at Red Road in Kolkata in December 1965 as PM. Since then, no other PM has visited the state on January 23. So, we requested PM Modi to visit Kolkata on this day and we’ll celebrate Netaji’s birthday together, said CK Bose, the Grandnephew of Netaji Subhas Chandra Bose.

PM Modi today paid tribute to Netaji saying a grateful nation will always remember his sacrifice and dedication for its independence.