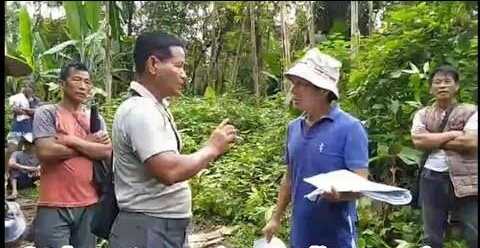 Arunachal, 9th October: A public activist, namely Vijay Pertin, has claimed recently that there was a mismanagement of the district’s COVID fund by the Lower Dibang Valley Deputy Commissioner and had presented his objection during the social audit called by the DC on Wednesday.

Vijay termed the social audit as irrational, invalid and unjustified as per legal norms, and enquired about how the audit could be summoned when she is accused of the presumed mismanagement for the COVID fund. “It does not make any sense. If the DC thinks her image is clean, she should have invited a statutory audit body from the national capital or the state capital,” he said.

With accordance to RTI findings, Vijay had made and released several videos on social media to prove that the district’s COVID funds have been mismanaged. He also stated that during his field survey, some of the bills came out to be fake, and the students residing in the quarantine centres told that they did not get the necessary facilities as per the guidelines which included hygiene, nutritional food and maintenance.

Whilst the DC disapproved to the asserts made by Vijay during the social audit, to which all the HoDs, members of CBOs, NGOs and student unions were summoned to testify. Vijay said that he condemns the DC’s statement that the allegations made against her were purely rumours based on social media allegations. He stated, “It is there for all to see in my videos made during the field inspection. The quarantined students themselves have said that nothing was provided to them. The first batch received a bucket and a mug each, but the next batch on, they were asked to share one bucket and a mug amongst 3-4 of them. No nutritional food was provided; there was no hygiene maintenance and no timely visits by doctors and nurses. That’s an absolute violation of the WHO’s recommendations and the guidelines issued by the NCDC.”

Even though the DC absolved the allegations over some of the bills, Vijay said, “she did not mention about one of the shops in Upper Market in Lower Dibang Valley, from where several items were purchased, amounting to bills of almost Rs 11 lakhs, but the shopkeeper could not show me his carbon copy of the original bills issued in the name of DC Roing.”

Putin added, “Whatever the DC has said in her social audit and her interview is all flimsy and has no substantial evidence to substantiate her clarification in her self-styled auditing with CBOs, NGOs and student unions, who are not even part of the appropriate government authorities in this matter.” Retaliating to the DC’s claims that people tend to have misconceptions and misuse the RTI Act 2005, Vijay claimed that he is an honest RTI activist and a law-abiding citizen “with both knowledge and experience of the act.” Vijay said that he will address this to the higher authorities of the government so that a high-level inquiry is made into this matter. “This is about a pandemic, which is not a joke. It is our democratic right to raise our voice against corruption,” he said.