Home Assam AASU urges Centre to institute a national award in the name of... 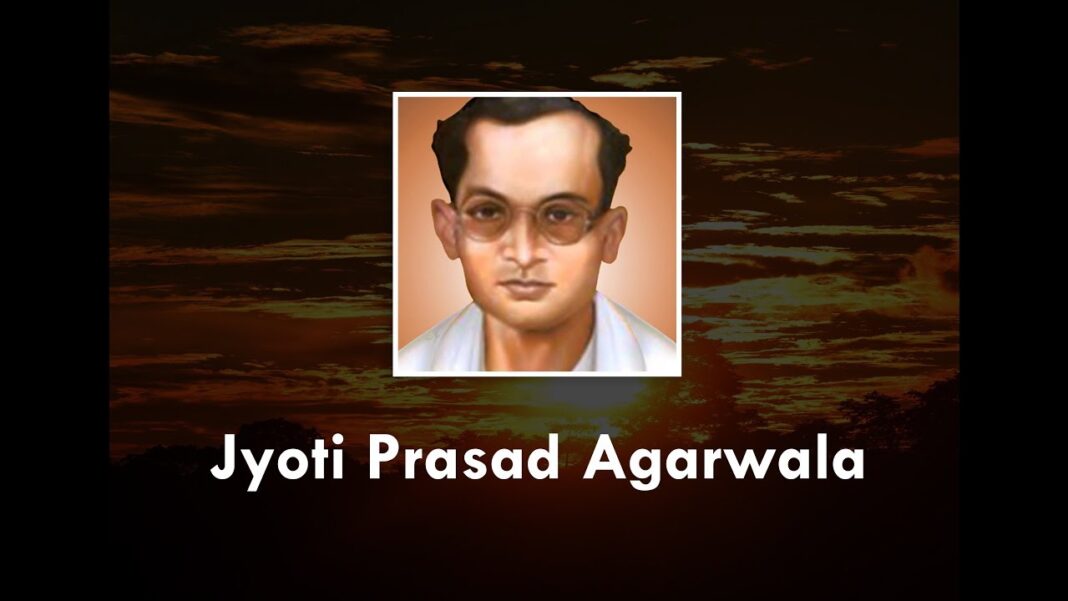 Assam, Jan 17: Samujjal Bhattacharya, chief of All Assam Students’ Union (AASU) demanded that a national award be instituted by the Centre in the name of Assam’s cultural icon Rupkonwar Jyoti Prasad Agarwala.

Addressing a huge gathering on the occasion of the 70th death anniversary of Jyoti Prasad Agarwala observed in the state as Silpi Divas, Bhattacharya said there is an award instituted in the name of Dadasaheb Phalke who made ‘Raja Harischandra’, the first feature film in India.

But Jyoti Prasad Agarwala, who made ‘Joymati’ and was among the first filmmakers in the country, has, by and large, been ignored by the Indian film milieu, he said.

Agarwala was a playwright, writer, songwriter and filmmaker. “We demand that a national award be instituted in his name and that the state government initiate the move. This would be a befitting tribute to the doyen of Assamese culture,” he said.

Silpi Divas was organised centrally at the Shankardev Seminary School playground on Sunday by the Jorhat unit of AASU.

Bhattacharya further said research should be conducted into the literary outputs of Agarwala and other literary icons like Bishnu Rabha and Bhupen Hazarika in Dibrugarh University, Gauhati University and other major universities of Assam.

“Today on the occasion of Shilpi Divas, we demand that the state government provide funds to institute chairs in the names of all three in the universities,” he said.

He also sought setting up of cultural centres having all modern amenities with auditoriums and other technological support across the state to practice, preserve and promote cultural activities by the upcoming generations.

The AASU adviser said such proposed centres should be named after renowned cultural personalities like Rupkonwar, Kalaguru Bishnu Prasad Rabha, Dr Bhupen Hazarika and others.

He said the government, which now and then, announces schemes could very well take schemes in the cultural front for Assamese people and society. He said by taking such measures a cultural revolution could be ushered in.

Recalling Rupkonwar’s ideals and his appeal for universal brotherhood, Bhattacharya said Agarwala tried to unify and bring all groups and tribes of Assam together by cultural means and strengthen Assamese society.

Bhattacharyya appealed to all to forge stronger ties among all sections of communities.

AASU president Dipanka Kumar Nath, who also addressed the gathering said the government in the past four-and-half years had done nothing to preserve the memory of the cultural icon, despite assurances from the chief minister to this effect.

“AASU demands that his house and memorabilia at Tamulbari tea garden in Dibrugarh district and his studio at Bholaguri tea estate be properly preserved and be made into a museum, where people can visit and know about his creative vision,” Nath said.

Nath further taking a dig at the divisive forces at play in the country and Assam said that the people of the state should unite and then only could society progress in the right direction.

He said Rupkonwar Jyoti Prasad Agarwala’s body of works portrayed cultural unity and had for its premises the victory of good over evil.

Earlier, four renowned artistes were felicitated with gamosa, japi, a sorai, citation on the occasion.

Noted Dihanam artiste Bodon Moliya, who could not attend the function due to ill-health, would be later felicitated at his home.

A souvenir, Niharika, was released by JB College principal Bimal Borah. In the morning a huge cultural procession wended its way through the town.