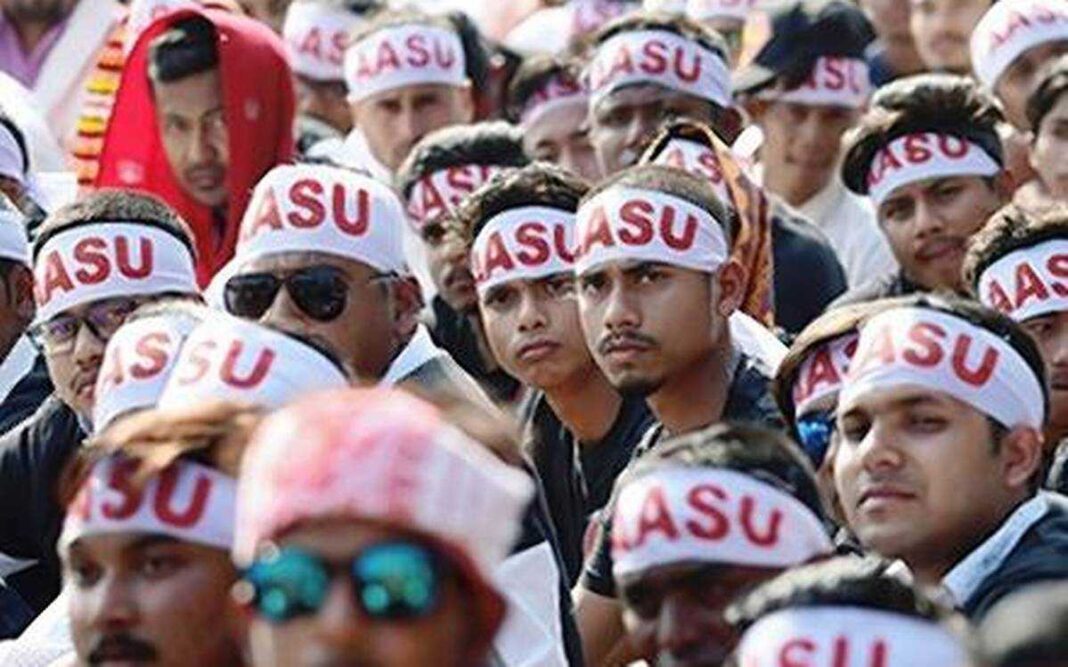 Assam, Jan 19: The All Assam Students’ Union (AASU) said that it will stage a protest during the proposed visit of Prime Minister Narendra Modi and Home Minister Amit Shah to the state on January 23 and 24 respectively. They will also burn the copies of the CAA.

AASU president Dipanko Kumar Nath accused the prime minister and the BJP of failing to keep their promise of safeguarding the Assamese community from illegal migrants.

“Every time there is an election, the prime minister will come and make false statements to woo the people of the state. The people of Assam have now understood the truth behind this politics and will never accept the Citizenship Amendment Act (CAA),” Nath said.

The assembly election in Assam is due in March-April this year.

On the day of Modi’s proposed visit on January 23, members of the student body have planned to protest in every district tying a black cloth around their mouth, said Sankarjyoti Barua, general secretary of AASU.

Also Read: Assam: Call to renew the fight against CAA

During the Union home minister’s visit to the state the next day, AASU workers will observe ”Black Day”. “They will fly black flags across Assam and burn copies of the CAA,” Baruah said.

The CAA says that members of Hindu, Sikh, Buddhist, Jain, Parsi, and Christian communities who have come from Pakistan, Bangladesh and Afghanistan till December 31, 2014, facing religious persecution in those countries will not be treated as illegal immigrants but will be given Indian citizenship.

The AASU, which is also demanding the implementation of Clause Six of the Assam Accord said that it will take out torch rallies across the state on January 22.

Clause Six of the Assam Accord, 1985, says that constitutional, legislative, and administrative safeguards shall be provided to protect, preserve and promote the cultural, social, linguistic identity and heritage of the Assamese people.

The prime minister is proposed to visit Sivasagar district in on January 23, while Shah is slated to arrive in the state on January 24, senior Assam minister Himanta Biswa Sarma has said earlier.

Five persons, including a school student, were killed during police firing in statewide protests in December 2019 against the Citizenship Amendment Bill which, the protestors claimed, is against the existence, heritage, and culture of the indigenous people of Assam. The Bill later became an Act.