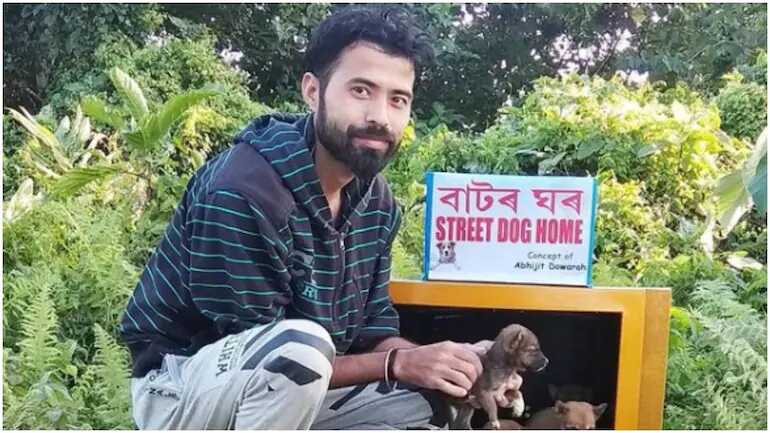 Assam, Dec 26: An Assam man has made several houses for stray dogs using discarded TV sets. Abhijit Dowarah shared his story in a post on Instagram earlier in December and it has gone viral on social media.

Abhijit Dowarah shared a post and said that street dogs suffer profusely during the rainy season and even in winters, and do not have a place to stay. So, he decided to build tiny houses for the dogs. Abhijit collected old television sets that people generally discard after purchasing LCD TVs.

Thereafter, Abhijit transformed the television sets and created tiny homes for the stray dogs and puppies and placed several of such houses on streets and the dogs, thus, found a shelter home for themselves. 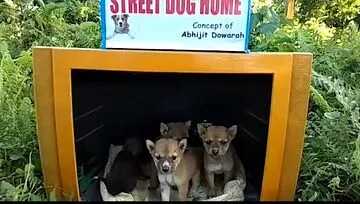 Abhijit also asked his followers to build such homes for stray dogs in their areas.

“I have been noticing the street dogs for many days. They suffer a lot when it rains, they don’t have any specific place to sleep. Also, some of them are killed by running vehicles. One day, I thought to myself that if I build tiny houses for these street dogs, it will be a great relief,” Abhijit said in his post.

“After thinking for a few days, I noticed that the old televisions ultimately turn into a waste product after a family buys LCDs. So I went out searching for those old televisions. After collecting some, I removed the unwanted parts and with the remaining frame, I designed suitable homes for the street dogs to stay in and titled them as BAATOR GHOR. I have been placing several of them in the streets. I will try my best to collect more television frames and build such homes. If not, I will collect some wooden boxes and place them in the streets,” he added.