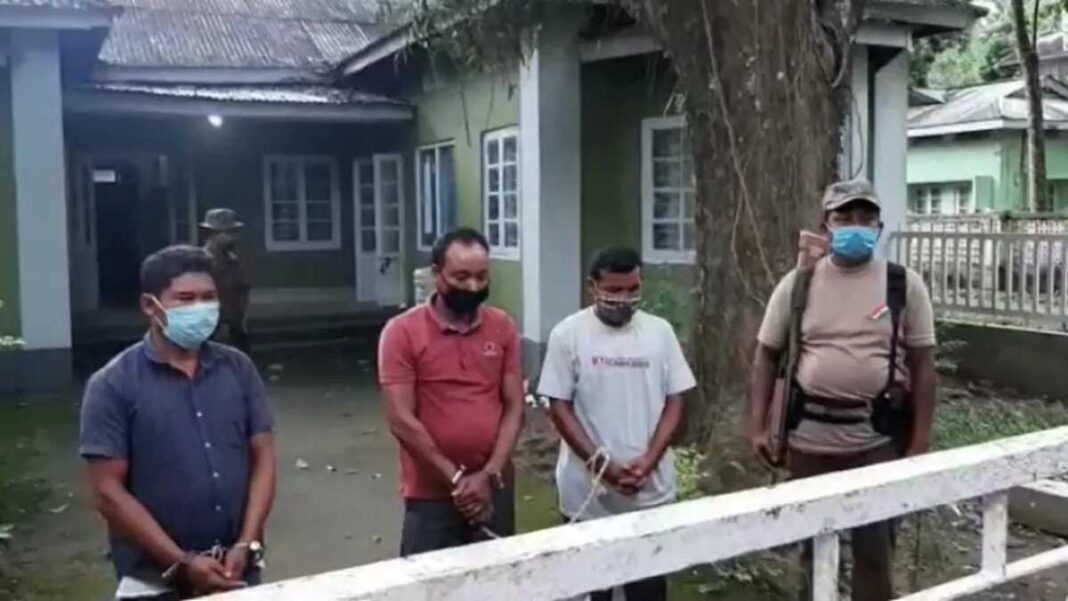 Assam, September 27: In two different cases 7 poachers accused of illegally trading in rhino horn in Assam have been apprehended by officials of the forest department and Bokakhat Police earlier this week on Thursday.

An investigation has been launched in connection with the case.

“During interrogation, he confessed that he had received a piece of rhino horn from one Dhanpur Kardong of Borbil Gaon.”

He went on to say, “Then we launched another operation and arrested Dhanpur from his residence. During the operation, we nabbed two other smugglers — Hariram Ingti and Biman Taro. During interrogation, Biman confessed that he handed over the piece of rhino horn to another person in Diphu in Karbi Anglong district to sell it in the clandestine market in Dimapur.”

The Bokakhat police has detained 3 persons on Thursday in connection with illegal rhino horn trading in 2016 namely Tarjen Terang, Rajen Rongfer and Mridul Pegu. The miscreants have been handed over to the forest department. A case has been registered against them.