A total of 644 militants of eight different militant groups of the state on Thursday surrendered with their arms.

Assam DGP Bhaskar Jyoti Mahanta and other senior officials of Assam government, Assam police and Indian army were also present in the function. 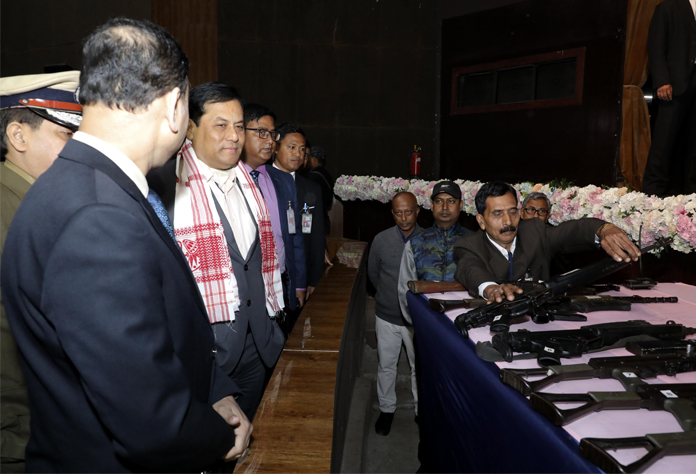 Assam Chief Minister Sarbananda Sonowal said that, those youths who strayed into terrorism and extremist activities must be given an opportunity to come back to the mainstream society and rebuild their lives.

“I welcome all members of extremist groups who have laid down their arms today to lead a normal life again and contribute meaningfully to the nation building process through hard work and dedication. It will inspire other such militant organisation members to come back to mainstream society,” Sonowal said. 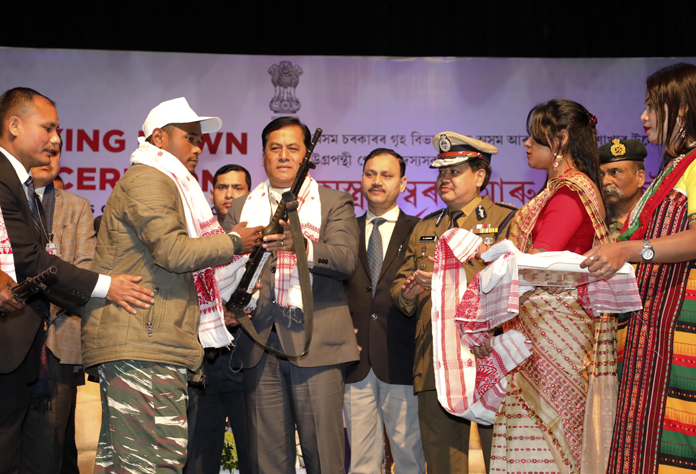 Saying that building a terrorism-free Assam was one of the main commitments of the present state government, Chief Minister Sonowal urged the surrendered militants to dedicate themselves to the nation building process and utilise their potential to bring positive transformation in the society.

“Peace is a prerequisite for ushering in development and the former militants must contribute towards sustaining peace and harmony in the society,” Sonowal said.

Referring to Prime Minister Narendra Modi’s example, the Assam Chief Minister said people from all sections of the society must emulate the Prime Minister’s dedication towards the objective of making India strong force at the international stage.

Following Prime Minister Modi led central government’s Act East Policy initiatives, the state government has been undertaking steps to make Guwahati the gateway to South East Asia and Assam’s farmers have been able to export their produce to the markets of Abu Dhabi, Singapore, Dubai etc., the Chief Minister said.

He also urged the surrendered militants to come forward and take advantage of this positive environment to establish themselves in the society through hardwork and dedication. The state government is always ready to help in their rehabilitation process, he said.

Saying that by deciding to give up arms the militant organisation members have shown their trust in the democratic process, Sonowal expressed optimism that this would encourage all law abiding citizens to keep believing in democratic values and it would inspire the younger generations to strengthen the democratic foundation of the country.

“Resolution of all problems is possible through discussion and people must keep their faith on the law of the land,” the Assam Chief Minister said.